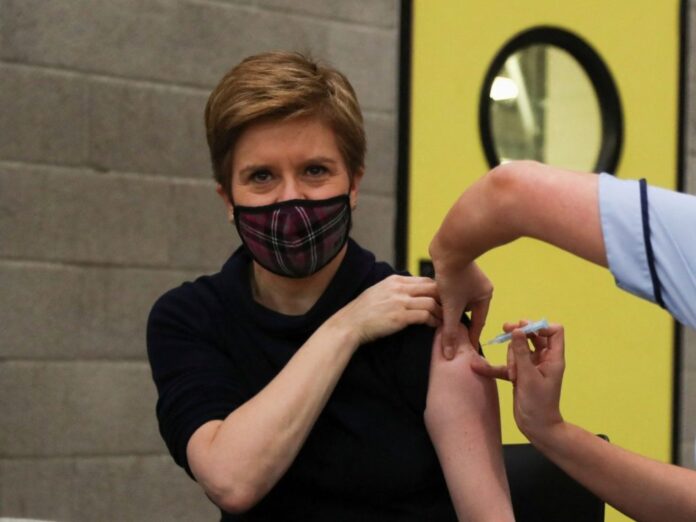 “What is happening is people are looking at those simple data and trying to make inferences about the vaccination, whether the vaccines work, inappropriately and sometimes wilfully,” one technocrat at the Special National Health Service (NHS) Health Board complained to the Scottish press.

“There are so many caveats and they just pull certain figures out that should not be used,” they added, saying that what they would now be doing is “a lot more on the vaccine effectiveness side and try[ing to] make people understand how effective the vaccine is.”

Another official explained that, in Public Health Scotland’s view, “[t]he main important point around all of the analysis is we understand whether the vaccines are working against catching it and against getting severe Covid, and that’s where the vaccine effectiveness studies come in which are a completely different methodology.”

Unlike the “very simple statistics” on case rates, hospitalisations, and deaths among the vaccinated and unvaccinated, the vaccine effectiveness studies they will now be emphasising “use modelling, we compare people who have tested negative to those who have tested positive and match them on their underlining co-morbidities.”

“It’s a completely different method which is much more robust and that’s what we want people to focus on,” they insisted.

Scotland has a broad degree of autonomy within the United Kingdom dating back to the Acts of Union of 1707, which was strengthened considerably by Tony Blair’s Labour government in the 1990s with devolution.

Much of its Covid and general healthcare regime is therefore managed by Nicola Sturgeon’s left-separatist Scottish National Party (SNP) in Edinburgh rather than the central government led by Prime Minister Boris Johnson, and several restrictions lifted in England remain in force north of the border.