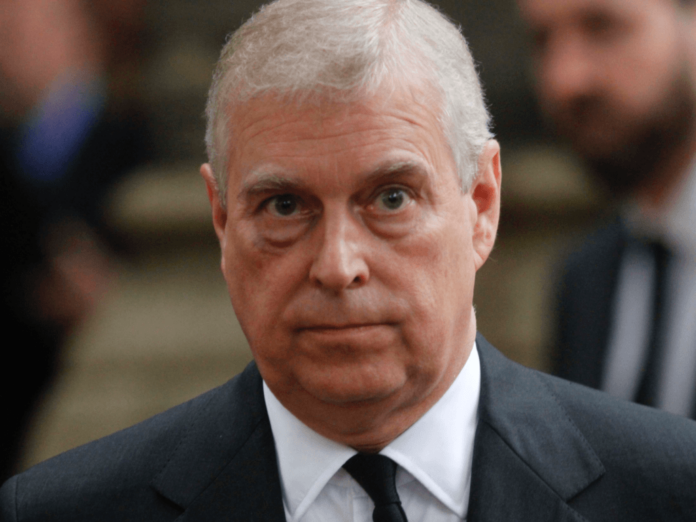 Barry Salzman, an attorney who previously represented on a pro bono basis around 20 claimants to the Epstein fund, said that prior to the settlement, the Duke of York was in a “very difficult position” as his legal strategy was “reliant” on the hope that Judge Lewis Kaplan — who presided over the Guiffre civil case against Andrew in New York — was going to dismiss the case.

When a dismissal failed to materialise, the Prince faced the prospect of being deposed by Guiffre’s lawyers in London.

“If he were to have gone to that deposition and perjured himself, now he faces criminal charges,” Salzman said, noting that a similar situation befell Epstein co-conspirator Ghislaine Maxwell, who in addition to being prosecuted for sex trafficking was also charged with perjury.

On top of this, Prince Andrew came under “tremendous pressure” when the Royal Family distanced themselves from him, which created a “public relations nightmare,” he added.

“I don’t think he settled because he somehow had some change of heart, that he felt bad or anything like that, I think that it was simply his head was in a vice and he had no choice,” Salzman said.

In the settlement, which was announced earlier this week, Prince Andrew made no admission of guilt and he has consistently maintained his innocence, saying in 2019: “It didn’t happen.”

In a statement released following the agreement, the Duke of York stated that he “intends to make a substantial donation” to a charity “in support of victims’ rights”.

The victims’ rights attorney and activist went on to say that Virginia Guiffre’s case, alongside the conviction of Maxwell, should give other victims of Epstein some satisfaction. Yet, he caveated by saying that he believes that there will be widespread dissatisfaction among the victims if “other perpetrators are not brought to justice”.

The future of the Epstein saga and the high profile figures associated with him -such as former President Bill Clinton, who reportedly flew on Epstein’s private jet, the so-called “Lolita Express”, on at least 26 different occasions — remains in doubt.

Following her conviction for sex trafficking, British socialite Ghislaine Maxwell’s brother publicly stated that she is unlikely to “flip” and co-operate with authorities by turning on other potential abusers in exchange for a lighter sentence.

Indeed, Maxwell may not even need to make such a deal with the government, as the conviction against her has been thrown into question after one of the jurors in the case reportedly lied to the court about his previous experience as a sexual abuse survivor and allegedly used this experience to sway the rest of the jury against Maxwell, spurring her lawyers to call for a retrial.

More crucially for Salzman, any future actions taken against Epstein co-conspirators will hinge on “what sort of evidence is out there”.

He said that hard evidence will be crucial as “there is such a hurdle for sexual abuse survivors to overcome the inherent bias against these kinds of cases, especially with the passage of so many years,” noting that the case against Prince Andrew would have been much more difficult without the infamous picture of the Duke of York with Virginia Guiffre, the authenticity of which has never been proven.

One of the big remaining questions in terms of evidence against other potential sexual abusers in Epstein’s circle is the fate of the infamous collection of pictures and CDs containing evidence of apparently high-profile men having inappropriate sexual encounters with minors.

Following a search warrant raid on his New York mansion in July of 2019, the FBI decided to leave the treasure trove of evidence behind, as the warrant apparently only allowed agents to search the house, apparently barring them from removing evidence, FBI special agent Kelly Maguire said during the Maxwell trial.

Agents only returned to the Manhattan mansion four days later with a warrant to seize the evidence, at which time it had been removed by Richard Kahn, Epstein’s lawyer. Though the files were later returned to the FBI, questions remain about whether the evidence was tampered with during the four-day window.

Barry Salzman, who represented around 20 claimants against the Epstein fund, said that their settlement was “broad-based” in nature and therefore they can no longer go after any of the Epstein assets, properties, or estate.

However, he said that it was a possibility that further claims could be made against other actors should evidence be uncovered. The big question will be if the victims will want to stay in the public eye, he said, highlighting that they would likely have received more financial compensation if they had pursued litigation instead of settling.

“It was such a traumatic experience that they wanted to put behind them, I don’t know how interested they are in spending the rest of their lives chasing down people and litigating against them.”

Drawing on his previous experience of representing hundreds of sexual abuse victims of the clergy, Salzman spoke of the “longstanding emotional scarring” that can occur from even just one instance of abuse.

“It was so striking, I dealt with men and women in their seventies who were abused when they were 13 or 12, and so many years later these people were so greatly affected by it,” he said.

The attorney said that Virginia Giuffre had therefore demonstrated a lot of “bravery” in coming forward against Prince Andrew, who publicly accused her of suffering from “false memories” and only looking for a “payday”.

“You have to give her a lot of credit, we are so jaded in our society that we think everyone is just in it for the money, but it’s not easy for someone to put themselves out there and tell the world what happened to them, knowing that they will be the subject of personal and unrelenting attacks.”