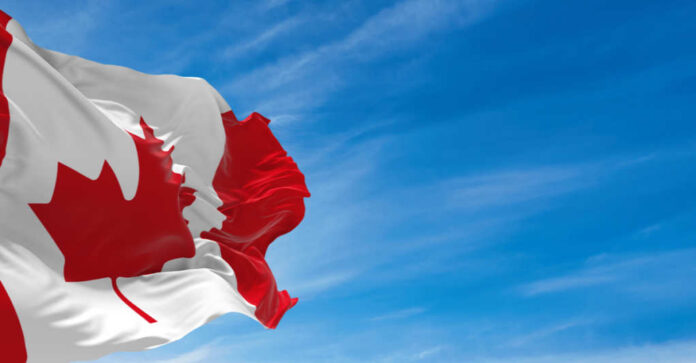 The Canadian national news network, CBC, leans far to the left in its presentation of the news. They recently took issue with a term that has been used as a rallying cry for those involved with the Freedom Convoy in Ottawa. Protesters have been gathering massive crowds to try and stop the rigid restrictions the Canadian government is mandating regarding COVID-19. The Canadian government is now increasing its efforts to quell the massive protests. Prime Minister Justin Trudeau just announced that his government will be enacting the Emergencies Act. This will grant him the power to punish demonstrators and freeze their means of financial support.

The term that seems to be an issue is “freedom.” According to experts that the CBC has interviewed, that word is “a slippery concept” and it “has thrived among far-right groups.”

One of those experts is Elizabeth Anker, a George Washington University associate professor. She criticized the concept of freedom in comments she was making to CBC Radio regarding the Freedom Convoy. She used the phrase “slippery concept,” and said that “on the far right, [individual freedom] is often translated into somebody who refuses to be bound by norms of equality, treating all people equally or norms to remedy inequality, whether that’s trying to remedy racial discrimination or gender discrimination.”

Elizabeth Anker is the author of a book titled “Ugly Freedoms,” it provides a critique of the history of freedom in America.

Anker went even further calling the far right’s version of freedom a “violent freedom.” She believes it could result in both danger and discrimination and this could lead to being anti-democratic.

Freedom can lead to being anti-democratic…you read that right.

Anker expressed surprise that Canadians were pushing back against “social interdependence” with the language of individual freedom amid this nationwide protest. She seemed to be complementing their socialistic tendency.

The CBC produced an article which they titled, “Why the word ‘freedom’ is such a useful rallying cry for protesters.” And the used another “expert,” Barbara Perry. She is the director of the Centre on Hate, Bias, and Extremism at Ontario Tech University. Perry said that freedom is “too flexible” of a term and then linked their convoy to the January 6th Capitol riot.

The Globe And Mail also published an article recently that said that conservatives “appropriated” freedom to fight the vaccine mandates and the rigid restrictions related to COVID-19.

Gary Mason wrote, “For many, it’s a word that has become code for white-identity politics and the far-right’s weapon of choice in the culture wars.” He also said that freedom “has not always been a concept usurped for selfish, malicious purposes.”

Both Anker and Perry did not respond to requests for comments on their positions from news agencies.

For what it is worth, the protestors don’t seem intimidated by Trudeau or by these so-called experts.

David Paisley, one of the main protesters, said, “No one really cares about any new announcement. I mean the police have been breaking the law long before any emergency power. They were taking our fuel away. They were arresting people for purely having jerry cans or having empty tanks of fuel.”

Another protester confronted a CBC reporter and told her that all they cared about was their paycheck and they had “sold their soul a long time ago.” That CBC journalist posted about that encounter on Twitter with the caption, “A small sample of what it’s like to be a journalist covering Ottawa right now.”

Let’s hope that those standing for “freedom” in Canada won’t be thwarted by the left’s branding of an “ugly freedom.”