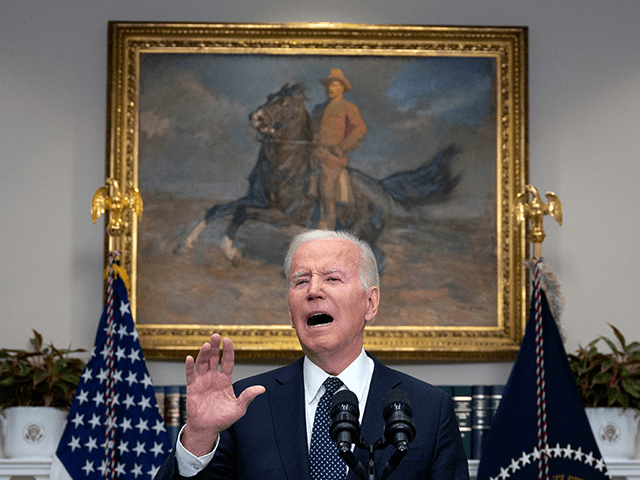 “Russian troops moving into Donbas would not itself be a new step,” the official noted during the call. “Russia has had forces in the Donbas region for the past eight years.”

Putin’s political play puts Biden and his administration in a difficult spot, as they have repeatedly said that large numbers of troops crossing the Ukrainian border would be considered an invasion.

Biden signed an executive order Monday that would restrict economic activity in the Donetsk and Luhansk regions that declared independence.

But White House press secretary Jen Psaki clarified Monday afternoon that Biden’s actions were not the greater sanctions threatened in reaction to a Putin invasion.

“To be clear: these measures are separate from and would be in addition to the swift and severe economic measures we have been preparing in coordination with Allies and partners should Russia further invade Ukraine,” Psaki wrote in a statement.

Biden has always left open the possibility that he would permit some Russian military activity in Ukraine, especially during his press conference in January.

“My guess is he will move in. He has to do something,” Biden said about Putin during a press conference in January, suggesting a “minor incursion” would not trigger a response from the United States.

When confronted by the idea of giving permission to Putin to invade Ukraine, Biden told a reporter that “big nations can’t bluff.”

The White House moved quickly to clarify Biden’s statement after his press conference.

“If any Russian military forces move across the Ukrainian border, that’s a renewed invasion, and it will be met with a swift, severe, and united response from the United States and our allies,” Psaki said in a statement.

But Biden continued leaving it unclear exactly what would trigger sanctions.

“If any assembled Russian units move across the Ukrainian border, that is an invasion,” he clarified a day later.

The war in Donbas and the 2014 Russian colonization of Crimea that began during former President Barack Obama’s administration when Biden was vice president has lasted for eight years.

Biden spoke with Zelenskyy on Monday, as the White House condemned Putin’s actions, but indicated sanctions would only be leveled if Russia acted further.

“President Biden reiterated that the United States would respond swiftly and decisively, in lock-step with its Allies and partners, to further Russian aggression against Ukraine,” the White House readout of the call stated.