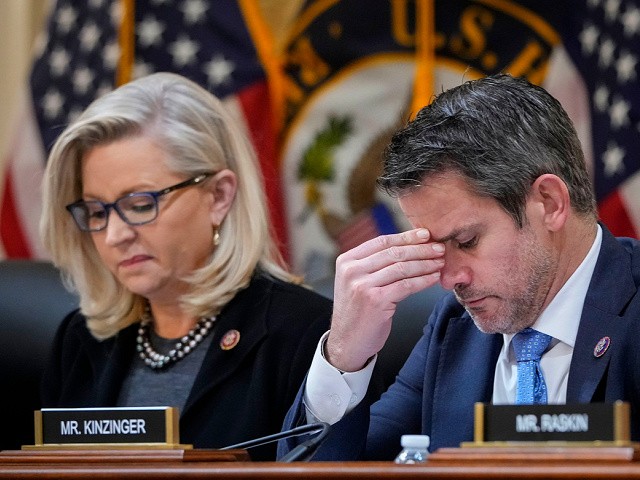 Dubbed the “Principles First Summit,” the meeting of the anti-Trump minds will go from February 26 to February 27 and plans to build on the success of the summit from 2020.

“Principles First is excited to announce a two-day grassroots summit at the National Press Club in Washington, D.C. on February 26-27, 2022 focused on discussing and advancing a more principled politics in the United States,” the group said.

“We look forward to bringing together conservative and independent speakers, thought leaders, and grassroots activists for two days of panels, speeches, networking, and substantive discussion about the meaning of conservatism today and the future of our movement,” it added.

The Principles First Summit skipped 2021 due to the coronavirus pandemic.

Partners of Principles First include the likes of The Bulwark, American Values Coalition, and Republican Accountability Project.

“The strength of our republic depends upon the moral conviction of our elected officials,” the group declared. “If we don’t pick trustworthy people to lead us, they will bring the character of the country down with them. Unethical and immoral behavior can never become the norm.”

Aside from Cheney and Kinzinger, the summit will also be attended by Georgia Secretary of State Brad Raffensperger (R), Georgia Lt. Gov. Geoff Duncan (R), retired Lt. Col. Alexander Vindman, and Capitol Police Officer Harry Dunn, who testified he was attacked and called the N-word during the January 6 riot on Capitol Hill.

Speaking with CBS News, Principles First founder Heath Mayo referred to the weekend as the “counterprogramming of CPAC.”

“We want to come together in a visual show of support for people who have taken stands for ideas when it hasn’t been comfortable,” Mayo said.

“You don’t see those folks, yet, in rooms that are energized. But I think the energy is there. We’ll see how many folks show up,” he added.

Mayo even suggested that an anti-Trump candidate could run during the 2024 election, such as Liz Cheney or Maryland Gov. Larry Hogan (R).

“The party is completely stuck in a rut talking about if the last election is legitimate and if Liz Cheney, Hogan, or someone else is compelling and wants to run, I think a lot of people would listen,” Mayo said.

Adam Kinzinger will be retiring from Congress later this year, and Liz Cheney faces a difficult primary challenge in her home state of Wyoming against Harriet Hageman, who has been endorsed by top GOP leaders like House Minority Leader Kevin McCarthy (R-CA).

“I am proud to endorse Harriet Hageman for Congress,” McCarthy said in a recent statement. “[Throughout] her career, Harriet has championed America’s natural resources and helped the people of Wyoming reject burdensome and onerous government overreach.”