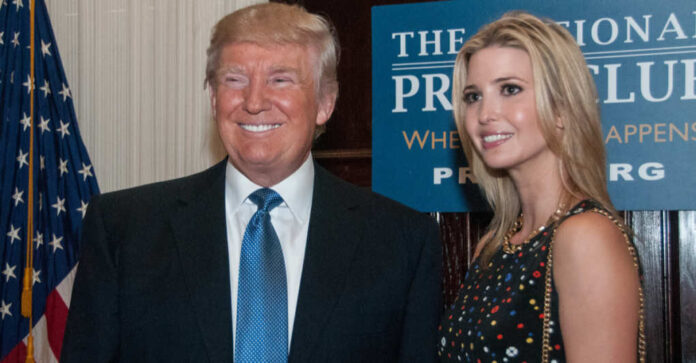 Since he announced his desire to run for President, time and time again the liberals have come after Donald Trump and his family. From wild sealed lawsuits that were dismissed to insane ideas of tax fraud everyone and their brother has wanted to take their shot. While many have tried, few have succeeded by any measurable level. That still isn’t stopping them from trying though.

NY Attorney General Letitia James’ ongoing investigation into allegations of financial improprieties within the Trump Organization has led the Trumps to this point. Donald and Ivanka are also being joined by Donald Trump Jr. in this investigation. All three tried to have New York Supreme Court Justice Arthur Engoron give them a pass from testifying; a request he quickly rejected for the trio. They allege that her office is deeply biased and that she is running a parallel criminal and civil trial.

Inside the judge’s eight-page order it did give them all an out from saying anything but explained why they needed to be called. “They have an absolute right to refuse to answer questions that they claim may incriminate them. Indeed, respondent Eric Trump invoked his right against self-incrimination in response to more than 500 questions during his one-day deposition arising out of the instant proceeding…For OAG not to have investigated the original respondents, and not have subpoenaed the New Trump Respondents, would have been a blatant dereliction of duty (and would have broken an oft-repeated campaign promise).”

These kinds of explanations are not uncommon, but they are oft one-sided. In this instance, the judge saw fit to ensure both sides received a thorough explanation of what was going on and why. With gifts for both sides sprinkled insider his ruling, he is certainly helping to get the ball rolling for this investigation that will serve to be nothing more than another waste of taxpayer dollars. Given his ruling to allow the trio two weeks to turn over any relevant documents and to appear within three, he is doing everything to ensure he gives the appearance of being fair.

However, the former President doesn’t see it that way. In a statement issued Thursday just mere hours after the ruling, he destroyed the entire idea of going to court in NY. “The targeting of a President of the United States, who got more votes while in office than any President in History, by far, and is a person that the Radical Left Democrats don’t want to run again, represents an unconstitutional attack on our country—and the people will not allow this travesty of justice to happen. It is a continuation of the greatest Witch Hunt in history—and remember, I can’t get a fair hearing in New York because of the hatred of me by Judges and the judiciary. It is not possible!”

His cries are not entirely unfair either. Given the track record for the largely liberal judges and AG’s in the state over the last decade, his case could quite easily be railroaded through. Given the suggestion of them pleading the fifth to anything asked of them, it seems more than likely that everyone will remain silent on any charges or questions asked of them. Those bits of silence often translate to an acknowledgment of but no admission of guilt in a leftist state court. The Trump’s need to be careful here. As the former President has alluded to, they are all out for him and the rest of the family.