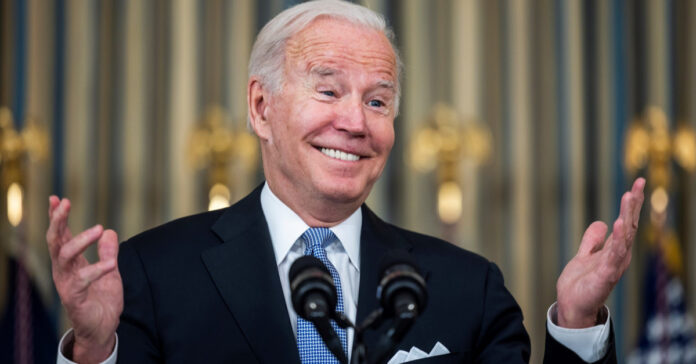 They say ‘home is where the heart is,’ both implying that ‘home’ can be anywhere you are if you love it but also that where you are from tends to be a place that you love and calls to you. For most of us, that’s certainly true.

Take me, for instance. While I utterly despise the bitter cold winters of my home state of Indiana, as well as its rather unpredictable weather patterns, I will always call this place home. Don’t get me wrong, I truly enjoy traveling and even living for a time in other areas. But when I get to come back to the rolling hills of my childhood, snow-covered or not, I am truly home.

And apparently, Democratic President Joe Biden feels the same way about his home state of Delaware, as he seems to travel there quite often, despite what I can imagine are a great many responsibilities at the White House in Washington DC.

Now, to be clear, as I mentioned before, loving the place you grew up is not a bad thing. In fact, it’s quite admirable. However, Biden seems to take this love to a whole new level, even putting off his duties and the needs of the American people to simply be there.

And that, I most certainly have a problem with, as do, I imagine a great many other people.

Take former CBS News White House correspondent Mark Knoller, for example. As he pointed out in early January, Biden has spent at least 95 days since his inauguration at either one of his homes in Delaware, one of which is on the beach. At the time, that meant that Biden had spent about 27 percent of his tenure in the White House essentially on vacation.

Naturally, he has been rather harshly criticized for this in the past few months, as his vacations to home continue and pressing national concerns are no closer to being solved or dealt with. For example, as GOP chairwoman Ronna McDaniel has pointed out, he has spent over 100 days in Delaware since his inauguration. Yet he has not visited the border once, even though the immigration crisis is very much in need of his attention.

Similarly, our nation faces a supply chain crisis, growing inflation, and, of course, now threats that Russia may begin an invasion on one of our allies. And yet, Biden’s only concern seems to be that he makes it to Delaware for a little R&R.

Now, I understand that as the sitting US president, Biden likely has a lot on his plate and much more stress than most of us could imagine. I also know that those duties require a person to take some time to recuperate and recharge the batteries, so to speak.

His press secretary Jen Psaki mentioned this once in January, noting that Biden likely feels that he doesn’t get enough “free time or any time to think, and that is probably true.”

But a trip nearly every week to Delaware?

I mean, it seems much more like he’s running from his job and duties rather than just taking some time to himself.

And now, Biden’s even admitting it.

On Thursday, Biden spoke at the Shipyards in Lorain, Ohio, accompanied by Housing and Urban Development Secretary and former representative for the state’s 11th district, Marcia Fudge.

He mentioned that the two had been speaking prior, and Fudge had commented that it was “so good to be home in Ohio.”

Biden then mentioned that he felt that way every time he traveled to his “home” in Delaware. He said he told Fudge that she was likely one of the few who understood that feeling and that “every time I get the chance, I go home to Delaware.”

Now, of course, we all know by now that he most certainly isn’t joking and that he does run home every chance he gets. I guess, at least he can admit it. However, it isn’t doing him any favors. As Representative JD Rucker pointed out, we are nearly on the brink of war, and yet again, Biden is rushing off to spend time away from the White House.

Let’s just say it doesn’t paint him as either a very strong, capable, or selfless leader.