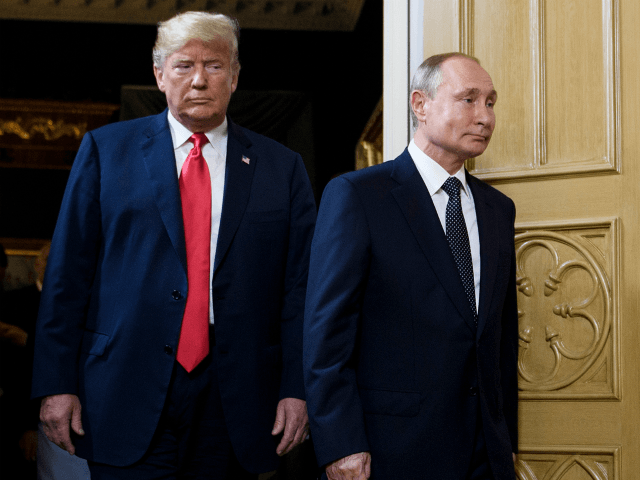 “I knew that he always wanted Ukraine,” Trump said in an interview with radio hosts Clay Travis and Buck Sexton. “I used to talk to him about it.”

The former president recalled that he understood Putin, but said he would not allow him to invade his neighboring country.

Trump flattered Putin, recalling he “got along with him great.”

Trump spoke about Putin after the Russian president recognized two regions in Ukraine as “independent,” sending more Russian troops in the region to act as “peacekeepers.”

Trump claimed Putin would not have acted in Ukraine if he was still the president.

“Had I been in office, not even thinkable. This would never have happened,” he said, but added, “You gotta say that’s pretty savvy.”

“You know what the response was from Biden? There was no response,” he said. “They didn’t have one for that. No, it’s very sad. Very sad.”

“Who in the Lord’s name does Putin think gives him the right to declare new so-called countries on territory that belonged to his neighbors?” Biden asked during his speech.