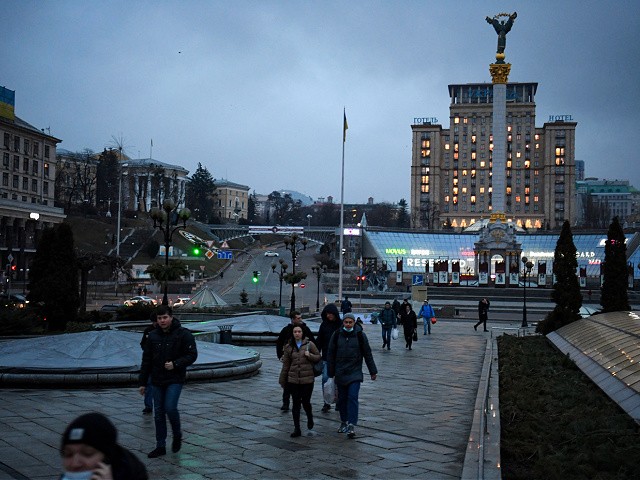 “[T]omorrow in the early afternoon, President Biden will deliver remarks announcing the further consequences the United States and our Allies and partners will impose on Russia for its unprovoked and unjustified attack on Ukraine,” a White House official stated to reporters on Wednesday evening after Putin announced the beginning of a military operation in Ukraine.

The White House released a 186-word statement from Biden Wednesday evening as explosions were reported in areas near Ukraine’s capital city Kyiv.

In Biden’s statement, he promised to pray for the people of Ukraine and would monitor the situation from the White House.

But Biden’s absence from public view sparked questions about whether he was actively responding to the situation.

Former President Donald Trump called Fox News to react to the attack on Wednesday evening, accusing Biden of being asleep.

“I don’t think he’s monitoring,” Trump said. “I think he is sleeping. This is a terrible thing that should never have happened.”

Biden released another statement after midnight, confirming his call with Zelensky.

“President Zelensky reached out to me tonight and we just finished speaking,” the president said in a second statement. “I condemned this unprovoked and unjustified attack by Russian military forces.”

Biden said that Zelensky asked him to “call on the leaders of the world to speak out clearly” against Putin’s aggression.

“Tomorrow, I will be meeting with the Leaders of the G7, and the United States and our Allies and partners will be imposing severe sanctions on Russia,” Biden said. “We will continue to provide support and assistance to Ukraine and the Ukrainian people.”