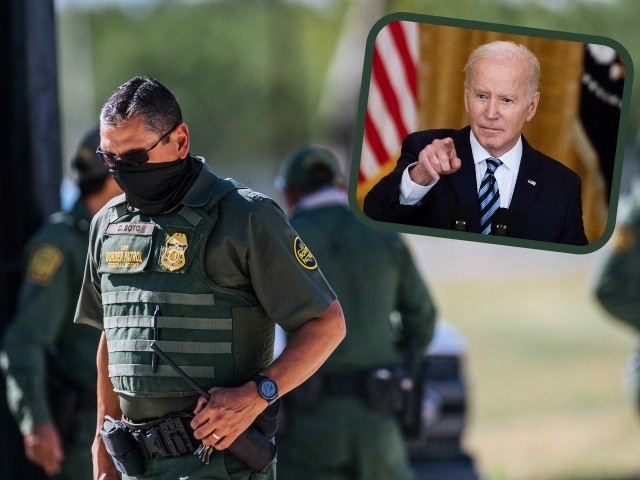 Even as illegal immigration continues pouring through the nation’s southern border at record levels, Biden hopes to entice Border Patrol agents to sign up voluntarily to aid American citizens, green card-holders, and their immediate relatives fleeing Ukraine into Eastern Europe.

“The Office of Field Operations is seeking volunteers to assist with the possible evacuation of U.S. citizens, lawful permanent residents, and their immediate family members from Ukraine.,” the memo sent to field operations executives said. [Emphasis added]

“Eligible employees who volunteer for this situation may be selected to serve a temporary duty assignment in Poland to facilitate travelers for entry into the U.S., to include providing guidance and problems resolution to other government agencies.” [Emphasis added]

The memo said volunteers need to be ready to deploy “within 2-3 days” of selection and should plan for about a month’s work overseas. It also offered a plan for COVID-19 mitigation that said workers need to either have the vaccine or natural immunity from a recent infection. [Emphasis added]

Since October, according to Fox News’s Adam Shaw, about 220,000 border crossers successfully crossed into the U.S. via the southern border, undetected by Border Patrol.

In January, alone, the Biden administration released more than 62,500 border crossers and illegal aliens into the U.S. interior. Border Patrol agents have blasted Biden’s policies, which they say have made illegal immigration close to unmanageable.