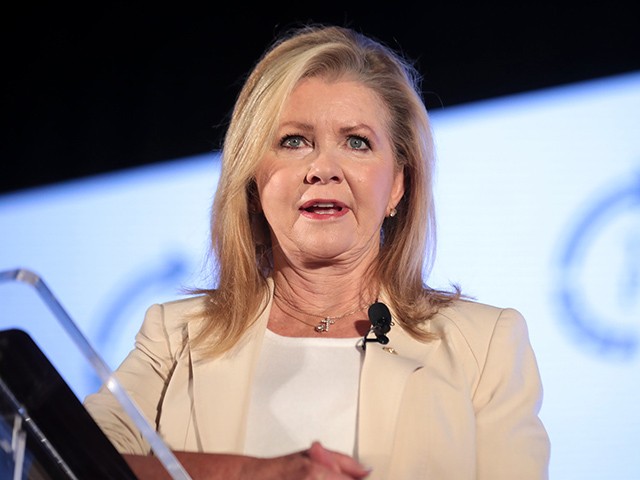 Blackburn asserted that “thug” Russian President Vladimir Putin “feels like Biden is weak,” which has led to his escalation in Ukraine.

“Of course, this shows you what a thug Vladimir Putin is,” Blackburn asserted. “And he feels like he’s had a runway from the Biden administration. Biden gave him everything he asked for. He gave him a five-year renewal on New START with no conditions. Trump had said he would give him one year with conditions. He gave him Nord Stream 2, so he feels like Biden is weak. This is what you get when someone displays weakness. My hope is that today Biden is going to step up and be very firm in their sanctions.”

“I do understand, Maria, that NATO will have an emergency meeting tomorrow,” she continued. “We do understand the G-7 will meet with the president, virtually, of course, all of these. They will do that today. We do understand that other countries are moving forward quickly with placing sanctions — the E.U., the U.K., Japan. I think one thing that is going to be interesting to watch in this is how China supports Russia. You have Russia, China, Iran, North Korea. That is your new axis of evil, and to see how China will try to soften the sanctions on Russia and on Putin.”