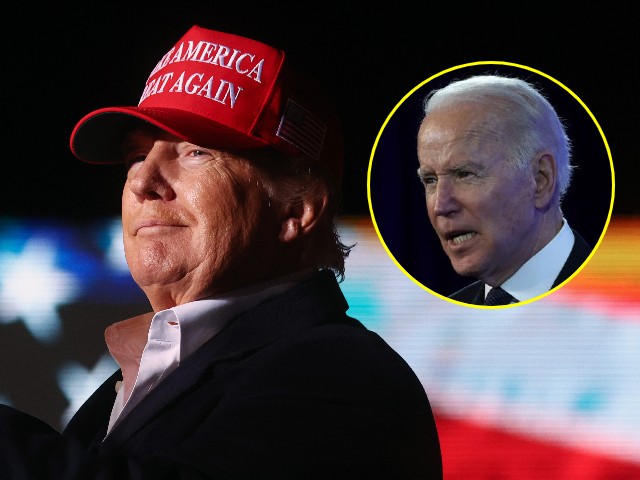 A Harvard Center for American Political Studies-Harris Poll released Friday revealed that 62 percent of respondents believe Putin would not have invaded Ukraine if Trump were still president. Breaking down the numbers along party lines, the poll found that 85 percent of Republicans and 38 percent of Democrats held that belief.

More than half of Americans believe Putin is taking advantage of President Joe Biden’s weakness.

A majority of Americans polled — 59 percent — also said they believed that the Russian president moved on Ukraine because Putin saw weakness in President Biden, while 41 percent said that it was not a factor in Putin’s decision to invade Ukraine.

The poll surveyed 2,026 registered voters and was conducted from February 23 to February 24.

Former President Trump seems to agree with a majority of those polled. In a Tuesday interview with radio hosts Clay Travis and Buck Sexton, Trump spoke about the relationship he had with Putin while he was in the White House.

“I knew that he always wanted Ukraine. I used to talk to him about it. I said, ‘You can’t do it. You’re not gonna do it.’ But I could see that he wanted it. I used to ask him. We used to talk about it at length,” Trump said.

The former president also said, “Had I been in office, not even thinkable. This would never have happened,” when talking about Putin’s recent invasion of Ukraine.

Biden warned Putin not to invade Ukraine in December, but the Russian leader did not listen to him. “I will look you in the eye and tell you, as President Biden looked President Putin in the eye and told him today, that things we did not do in 2014 we are prepared to do now,” Biden’s national security advisor Jake Sullivan told reporters in reference to when Putin annexed Crimea in 2014 under former President Barack Obama’s watch.

Biden responded to Putin’s actions by issuing a “first tranche” of economic sanctions designed to punish Russia on Tuesday.