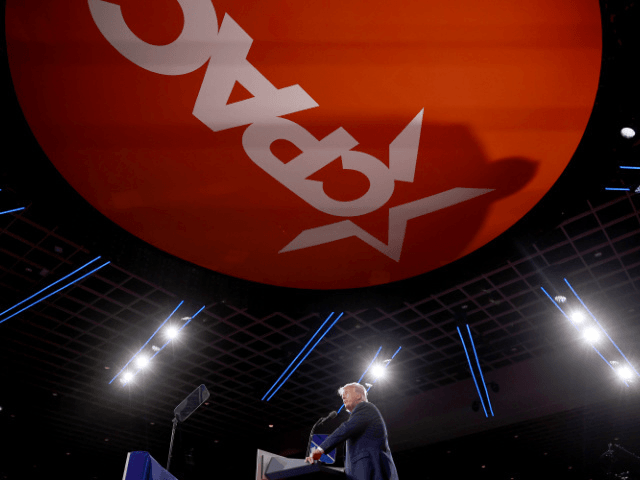 “What has happened in Ukraine is a catastrophic disaster. But it isn’t really that interesting that so many Democrat politicians in Washington, they seem to be rushing to microphones to declare that Ukraine’s borders are sacred,” he told the audience during remarks given at CPAC in Orlando, Florida.

They want to say their borders are sacred, and we feel for Ukraine in so many ways, but Ukraine’s sovereignty must be defended at all costs, they say, even while they’re destroying our own borders and surrendering our own sovereignty. We have a border that’s a catastrophe. We have people coming into our country that we don’t want. They will not be good for our country.

Meanwhile, House Democrats have joined with several open borders organizations, some of which are financially tied to billionaire George Soros, in working to stop the surveilling of illegal aliens who crossed the border into the United States, Breitbart News exclusively reported Wednesday.

However, Trump noted on Saturday, “The most important duty of every elected lawmaker is to protect and defend America, and that begins with protecting and defending America’s borders.”

He said under Joe Biden’s leadership, “we’re losing our country,” adding the Biden administration “spent months obsessing over how to stop an invasion of a foreign country, thousands of miles away.”

“You can’t defend western civilization if you would not be able to defend your own civilization. And that means we need borders that work, elections that are fair and free and not rigged, and crime that must be immediately stopped in our cities,” he commented.