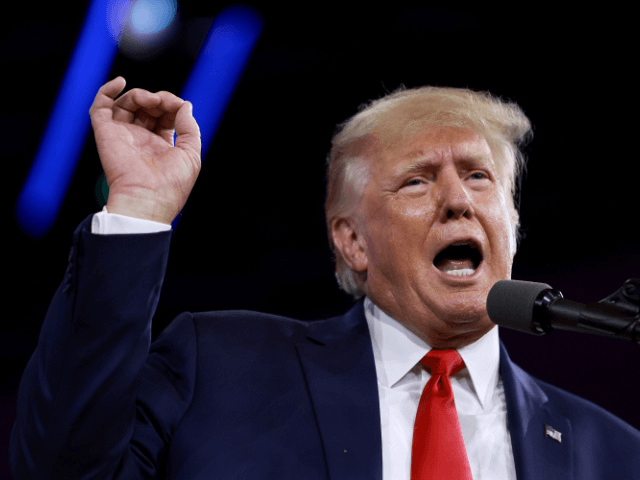 Trump highlighted the size of the crowd listening to his CPAC speech and warned his detractors that “They’re going to find out the hard way,” after the 2022 midterm election and the 2024 general elections.

“And this is some crowd. We broke the record again, but they’re going to find out the hard way starting on November 8, and then again even more so on November 2024,” Trump said. “They will find out like never before we did it twice. And we’ll do it again. We’re going to be doing it again. A third time.”

Trump’s remarks at CPAC are the closest he has come to announcing his 2024 candidacy officially. He told Newsmax last summer that he would make an announcement about 2024 “in the not too distant future,” and added that he might want to wait for the results of the midterm elections.

Trump concluded his CPAC speech by emphasizing the importance of the upcoming midterms, calling them a “tipping point for the country,” while also adding that “We must win in 2024.”

“This coming midterm election is more critical than ever before. I’m asking all of you to fight and work hard to elect candidates that believe in the principles and policies that we hold so dear,” Trump said.