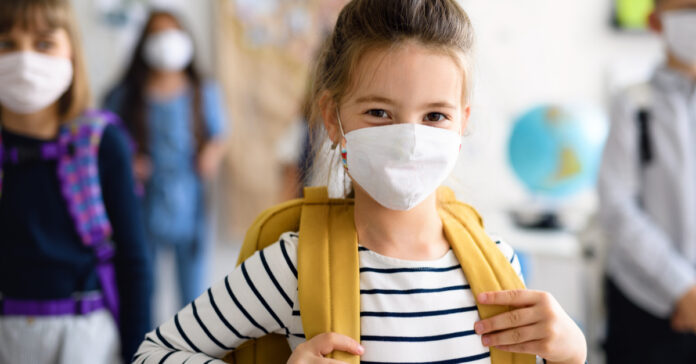 No matter how ‘woke’ politicians try to appear, they often have to admit just how badly they failed. Historically this admission comes years and even decades after they made their mistakes, so there is little they can do to fix the situation. This unfortunate truth has reverberated across Democratic-led cities on and off over the last 30 years more than any other previous time.

Now San Francisco Mayor London Breed must admit this for herself. It’s a rather rough pill for her to swallow as she is now being forced to come to terms with her inept planning. While speaking with Chuck Todd as a part of “Meet The Press” on Sunday morning, Breed was asked very directly about the situation in SF for getting kids back into school. The response from Breed was legendary.

“Well, my take is, it was really about the frustration of the Board of Education doing their fundamental job, and that is to make sure that our children are getting educated, that they get back into the classroom, and that did not occur. They were focusing on other things that were clearly a distraction. Not to say that those other things around renaming schools and conversations around changes to our school district weren’t important, but what was most important was the fact that our kids were not in the classroom.”

Given the recent problems coming from the school board with these mandates, it’s refreshing to see the mayor speaking out about the problems their policies have been causing in school. As much as they loved to tout how their conservative policies were leading the way, parents simply did not agree as evidenced by their recent motions to oust three of their sitting school board members.

Getting these members off the board makes room for new leadership and better ideas to keep these kids in school and not interfere with their education. San Francisco Board of Education President Gabriela López, Vice President Faauuga Moliga, and Commissioner Alison Collins were recalled by at least 70% of voters, in what can only be described as a thorough commitment to change the future of education in SF.

Unfortunately, these school board members disagree, with one claiming that this was a charge being led by white supremacists and that it was racially motivated. This is despite whites making up 42.5% of the population in SF. A stance Mayor Breed vehemently disagreed with.

“It’s not the right kind of reaction, and the fact that we’re still even listening to any of the recalled school board members is definitely a problem. … This person is making it about [her] when it really should be about our kids, who have suffered, not just in San Francisco, but all over this country as a result of this pandemic. At the end of the day, our kids were not in school, and they should have been.”

Mayor Breed is right, the kids should have been in school. This horrific situation the school board members put kids in cost these young minds collectively thousands of hours of social interaction, important personal growth development, and their best chances at learning in the most effective ways. These steps are detrimental to their growth into reliable and educated adults.

This recall is something that happened too late for many. Numerous parents found themselves being forced to relocate so their children could remain in school, and many just lost their position outright. Some lost them from being outspoken about this horrific mandate, others for having to be away from work in a job that could not be done remotely. This idea of making things increasingly difficult for people all because you want to push progressive politics on people gets old real quick. It gets older even faster when you are changing the lives of innocent children.