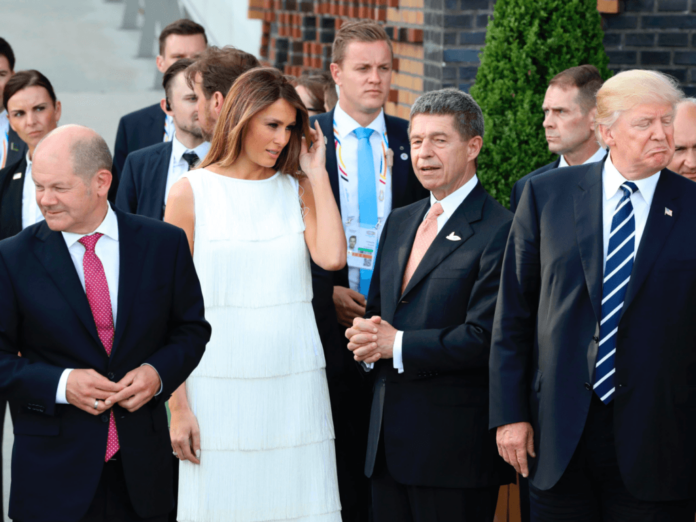 After years of delinquency to meet its NATO obligations, Germany, the economic powerhouse of Europe has finally committed to spending at least 2 per cent of its GDP on defence spending.

Speaking before the Bundestag on Saturday, Chancellor Olof Scholz said: “From now on, more than 2 per cent of our GDP will be invested in our defence,” announcing that the German government will commit an additional EUR100 billion in this year’s budget towards the German military, the Bundeswehr.

While Germany has increased its defence spending over recent years, it has consistently failed to reach the NATO threshold, spending just 1.53 per cent on defence last year, according to NATO figures.

The state of the German armed forces was lambasted last week by the chief of the army, Alfons Mais who wrote that “the army that I am allowed to lead, is more or less bare.”

“The policy options we can offer in support of the Alliance are extremely limited. We all saw it coming and were unable to get our arguments through to draw and implement the conclusions of the Crimean annexation. That doesn’t feel good! I’m [disturbed]!” the army chief continued.

Germany has long been criticised for its failure to meet its NATO obligations while at the same time shipping billions to Russia in exchange for natural gas.

In July of 2018, President Trump said: “It is very sad when Germany makes a massive oil and gas deal with Russia, where we’re supposed to be guarding against Russia, and Germany goes and pays out billions and billions of dollars a year to Russia. We’re protecting Germany, we’re protecting France, we’re protecting all of these countries.”

The President also commented that because of a reliance on Russian gas, Germany had become “captive” to Putin’s regime. After years of controversy, the German government finally decided to block the opening of the Nord Stream 2 pipeline last week.

In an exclusive 2018 interview with Breitbart London, then-American Ambassador to Germany, Richard Grenell described Germany’s commitment to NATO as “woeful”, saying: “Germany is the largest economy in Europe. They made a commitment to NATO, and they should be serious about that commitment; it is a multilateral institution that guarantees the allies, guaranteeing freedom.”

On top of Germany belatedly meeting its defence requirements, Germany also reversed its long-standing prohibition on sending or selling weapons to conflict zones. Chancellor Scholz said that Germany would be shipping 1,000 anti-tank weapons and 500 surface-to-air missiles in the coming days.

The German government has also lifted the ban on Estonia and the Netherlands from shipping German-made munitions to Ukraine, after previously blocking the shipments.

Last week, Germany was ridiculed over the much-maligned package of 5,000 helmets, which only arrived two days after Vladimir Putin launched an invasion of Ukraine. When the aid was announced in January, Kyiv mayor and former boxing champ Vitali Klitschko mockingly said: “What kind of support will Germany send next? Pillows?”

Commenting on the about-face from his government, Scholz told the German parliament: “We need to support Ukraine in its hour of desperate need,” adding: “There was no other response possible to Putin’s aggression.”

The increase in support was welcomed by Ukrainian President Volodymyr Zelensky who responded: “Keep it up, Chancellor Olaf Scholz! Anti-war coalition in action!”