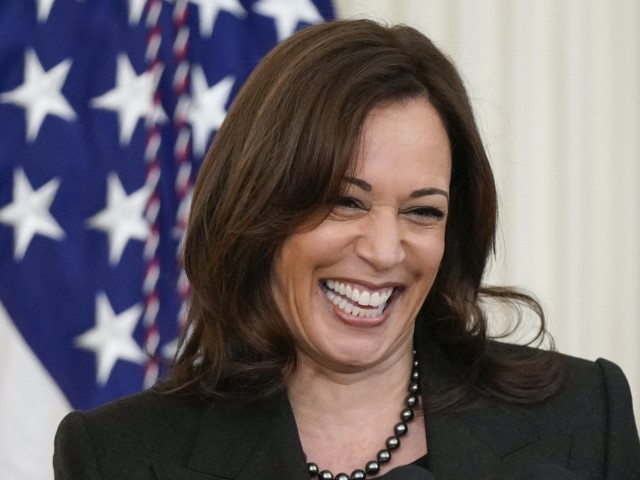 “Because as we all know, elections matter. And when folks vote, they order what they want, and in this case, they got what they asked for,” Harris said.

The vice president riffed off her prepared speech for Black History Month after the crowd cheered her mention of President Joe Biden choosing a black woman, Ketanji Brown Jackson, as his Supreme Court nominee.

“I went off script a little bit,” she admitted with a laugh, before continuing with her speech.

During the event Harris and Biden highlighted everything they had done for the black community and how they had made sure black Americans were represented in the White House and cabinet.

In his remarks, Biden stumbled over the pronunciation of his United States ambassador to the United Nations Linda Thomas-Greenfield calling her “Linda Greenhouse” before correcting himself.

They also promoted the right to vote, criticizing Congress for failing to move forward to federalize elections in response to election integrity laws passed by state and local Republicans.

“Pass the Freedom to Vote Act. We can do this!” Biden shouted. “The American people agree with us. Black and white! Hispanic and all!”