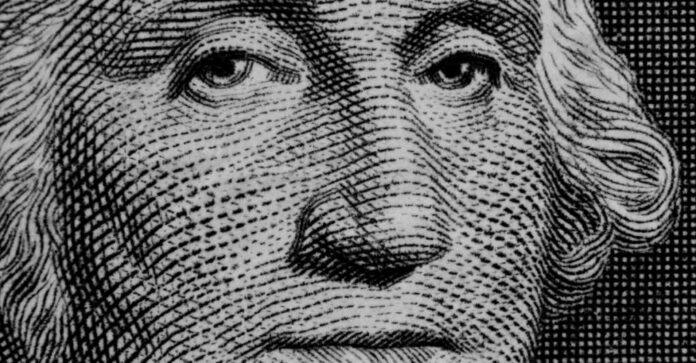 With another President’s Day come and gone, it’s time to get some facts laid out about the day and the men who it is supposed to honor and celebrate.

As you may know, the day is meant to celebrate all of the US presidents and their achievements. Originally, it was merely a national day to honor the life and birth of George Washington, our first president, and this nation’s founding fathers, as his birthday was February 22.

However, as you can imagine, the decades since his tenure have provided us with several other leaders who have also been born in the second month of the year, including William Henry Harrison, Abraham Lincoln, and Ronald Reagan. And so, the day has since been made into a celebration of all presidents.

But the day isn’t exactly what it used to be, is it?

You might remember as a child actually celebrating it, having class projects in school in honor of it, or even going to parades and town events.

However, it’s been nearly forgotten by a vast majority of America in recent years. In fact, it seems the only places that still “honor” the day are retail stores that tend to offer up items at discounted prices as part of their “President’s Day sales.”

Why? Well, given the current national atmosphere and the penchant to make everything about race, most of the presidents honored in this day, or at least those considered to be our Founding Fathers, have been labeled as frauds and hypocrites at best and racist, evil men who brought slavery and racism into our society and allowed it to flourish at worst.

According to many on the political left as well as those in progressive groups like Black Lives Matter, men like George Washington and Thomas Jefferson are not the type that we should remember well or even at all, simply because they owned slaves in a time when their culture nearly demanded it.

Now, to be clear, I’m not saying that doing so wasn’t wrong.

But what most on the left fail to realize or even to think about for a moment is that the fact that they owned slaves did not mean what it does today.

Right now, in this day and age, slavery is known to be wrong, and, as such, it is illegal. But in Washington and Jefferson’s time, nearly the entire world relied on this institution. And simply voting “yay” or “nay” on it was not an option, no matter what they personally believed.

The world was simply not ready for it.

I mean, can you imagine George Washington and/or Thomas Jefferson trying to write a law in the US Constitution that banned slavery?

For starters, leaders from the southern states or colonies would have laughed them out of town like a couple of crazies. What became one nation founded under God could have been two separate ones, one being pro-slavery and one not, leaving the Americas weaker for it.

Secondly, there’s a good chance that Washington and his troops would have never succeeded in beating the English, who, by the way, ended slavery after the US did. Without the forces of those pro-slavery states, America may have never even won their freedom or ever came to be.

Another point to mention here is that slaves, as a rule, were not educated; they were not taught how to handle money. The most basic skills needed to survive in a free republic were never given to them. Simply releasing those people into the world and saying they were free would have been what Thomas Jefferson himself likened to “abandonment.”

In fact, that’s one reason why both Jefferson and Washington said that they owned slaves, to make sure that these people who had not been taught the skills to do it themselves would be provided for, at least for a time. And both did so well enough that instead of making money on their slaves as most did in their time, records show they lost it.

This, like the laws written into the Constitution, was essentially like taking baby steps, leading the nation in the direction of freeing the slaves without causing massive turmoil and chaos in a time when their ideas would not have been taken well. I mean, why else would they make individual liberty the basis of the entire thing?

So you see, our Founding Fathers did not “allow” slavery, but neither could they end it. Washington was not king; he couldn’t simply decree something to be and make it so. Instead, he and others had to slowly and methodically fight the system, carefully bringing more and more to the realization that slavery is wrong.

And as our society proves today, they accomplished that goal, even if the political left doesn’t see it that way.