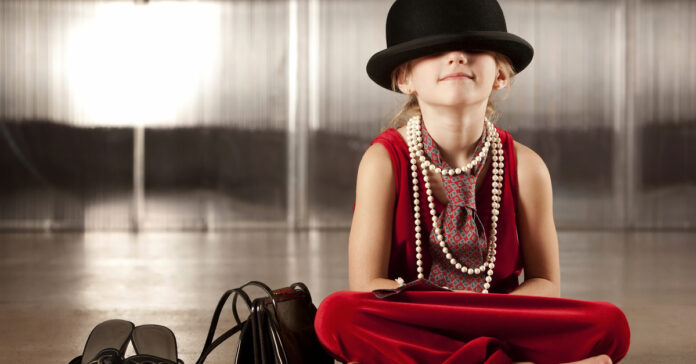 In another round of “Democrats Know Best,” there’s a story of public schools using transition closets as a way to hide the identities of children.

Becoming transgender isn’t something that an elementary or middle school kid gets to decide on their own. Often, it’s not about actually identifying as a different gender – it’s about being “cool” or, often, being confused.

If a child has such thoughts, it’s not something that Democrats should be hiding from parents. There’s no reason why a child should have a secret identity at school, complete with a new name, gender-swapped titles, and a completely different wardrobe.

Parents need to be in the loop so that they can have serious conversations with their child – and potentially even look into some mental health counseling.

Yet again, teachers and school boards don’t feel as though parents need to know. They’ll tell the parents to butt out, they’ve got this. And that’s where transition closets have emerged.

And yes, they’re just as bad as they sound.

The transition closets are the way for liberal educators to “help” with gender dysphoria. It’s a way to let students dress as the gender they want and keep it all hidden from the parents.

Think about this for a moment. Half the reason that gender dysphoria exists is that the liberal agenda has decided that it’s okay to sexualize children. Suddenly, children are being taught about LGBTQ+ issues. They’re allowed to read sexually explicit material on the shelves of the school library. And they’re enjoying storytime from a drag queen.

Children are impressionable. And they can get confused. That doesn’t mean that you suddenly shove kids into the closet so that they can emerge as a different gender. It means that you talk to them. However, if anyone should be talking to them when all of this confusion sets in, it should be the parents.

Imagine finding out that your boy in middle or high school had been going by a female name and being allowed to enter a “transition closet” at school so that they could dress as a female. And, imagine your fury and disdain when you find out it was all purposely kept from you because the educators thought that they knew better than you.

It’s not even surprising to find out that transition closets are becoming common throughout California – and it’s only a matter of time before liberals in other states decide that they want to have them, too.

There’s actually an entire organization entitled “The Transition Closet.” They are a free closet for people going through all sorts of different transitions.

While it is admirable that an organization has decided to offer a closet, it’s disgusting that educators would want to not only offer these in public schools but also attempt to hide it from the parents.

There are so many mental health issues that can arise when parents are kept out of the loop. The educators are allowing a divide to grow between parent and child. They are making the choice for parents to become accepting away — and they’re assuming that a child is right when they say, “my parents won’t understand.”

An unnamed teacher on TikTok was called out on a “Teachers Exposed” account of Twitter. The teacher explained, “The goal of the transition closet is for our students to wear the clothes that their parents approve of, come to school and then swap out into the clothes that fit who they truly are.”

When did it become okay for parents to be kept out of the loop on what’s happening with their underage children?