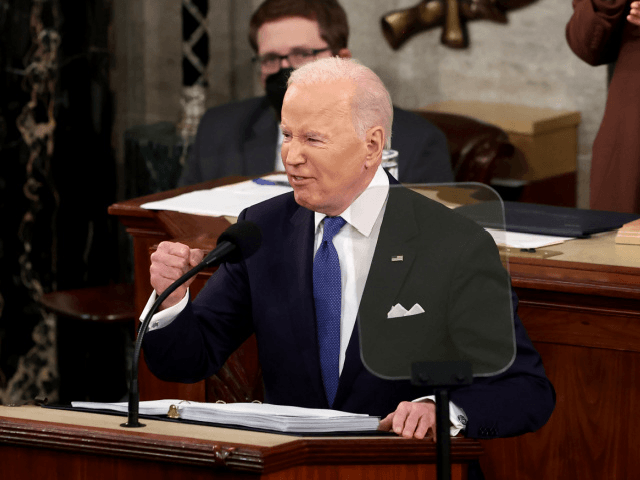 “Putin may circle Kyiv with tanks, but he will never gain the hearts and souls of the Iranian people,” he said in his speech.

According to his prepared text, he was supposed to say “hearts and souls of the Ukrainian people.”

2. Biden refers to “a pound of Ukrainian people”

Biden referred to “a pound of Ukrainian people.” His prepared text said “proud.”

3. Biden struggles over his demand to end the term “Rust Belt”

“It’s time to see the uh the uh what used to be called the Rust Belt become the uh uh um the home of uh significant resurgence in manufacturing.”

4. Biden calls for “investigating” the police instead of “investing.”

The president made a passionate case for “investigating” crime prevention and community police, but according to his prepared text, he was supposed to say “investing”

“I know what works — investigating crime prevention, and community policing, cops who walk the beat,” he said.

The president referred to “health “progremiums”

6. Biden refers to the “Russian Roubelle”

Biden stumbled over his pronunciation of the word “ruble,” a word repeatedly referred to during the Russian attack on Ukraine.

7. Biden refers to the “infects” of climate change instead of “effects”

“[W]e’ll do it to withstand the devastating infects of climate change and promote environmental justice,” he said.

8. Biden struggles to talk about the number of corporations in America.

“There are more corporations incorporated in America than every other state in America combined, and I still won 36 years in a row,” Biden said.

Based on his past rhetoric, the president was likely referring to his home state of Delaware, but he never corrected himself. It was not in his prepared text.

Biden inexplicably concluded his speech with the phrase “Go git ‘im” although it was not in his prepared text and it was unclear who he wanted the Congress to “git.”