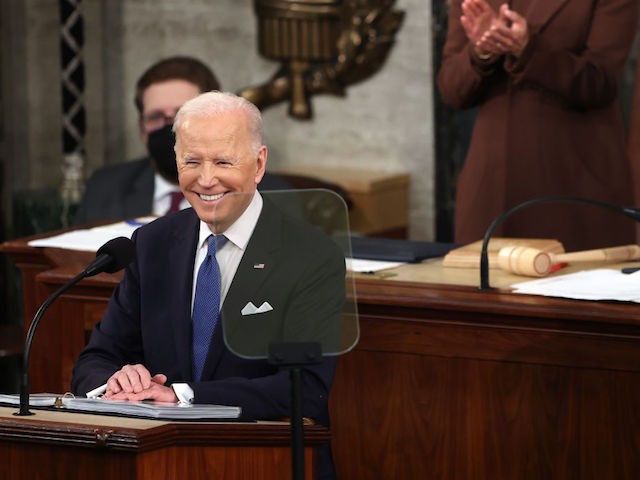 “[Russian President Vladimir] Putin may circle Kyiv with tanks but he’ll never gain the hearts and souls of the Iranian people,” Biden said live on the evening of March 1 at the U.S. Capitol building in Washington, D.C.

A full text of Biden’s State of the Union speech released by The White House to media outlets on Tuesday (and embargoed until delivery) reveals Biden meant to refer to the hearts and souls of the “Ukrainian” people instead of those of Iranians. Putin has been at war through proxies with Ukraine since 2014 and initiated a military operation by Russia directly in Ukraine this week.

Russia and Iran have generally friendly relations. Biden did not mention Iran anywhere in the speech.

Online observers noted that Vice President Kamala Harris appeared to react to the mention of Iranians in the address.

Biden made the flub — one of several throughout his speech — as he attempted to address Russia’s ongoing invasion of Ukraine, which began on February 24.

Peace talks between representatives of the Russian and Ukrainian governments began on February 28 in Belarus. Further peace negotiations are planned between the two sides near the Belarusian-Polish border “in the coming days,” Russian delegation head Vladimir Medinsky told Russia’s state-run RIA Novosti news agency on February 28.