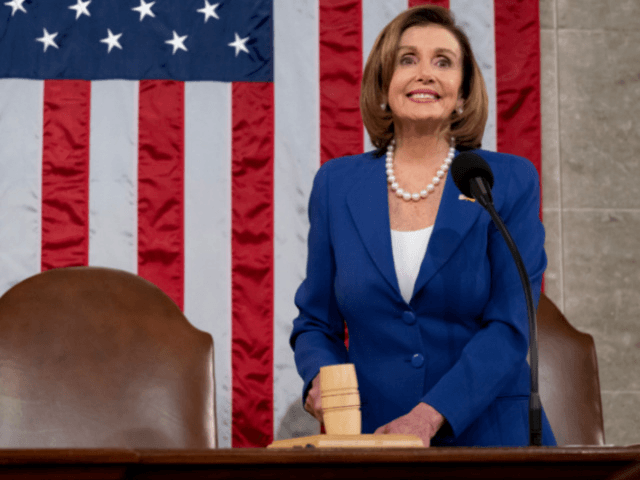 “I’ve always believed that we have a sacred obligation to equip all those we send to war and care for them and their families when they come home,” Biden said during Tuesday’s speech, stating his administration is “providing assistance with job training and housing, and now helping lower-income veterans get VA care debt-free.”

“Our troops in Iraq and Afghanistan faced many dangers,” he continued. “One was stationed at bases and breathing in toxic smoke from ‘burn pits’ that incinerated wastes of war–medical and hazard material, jet fuel, and more.”

During that last line, the 81-year-old Democrat formed her hands into the shape of fists, stood up, smiled at Biden, and rubbed her hands together in a gleeful manner before awkwardly sitting back down and contorting her mouth to the right — one of her infamous trademarks — as she continued to look adoringly at the president:

It remains unclear why Pelosi acted in such a bizarre manner or why that line warranted such an unconventional reaction.