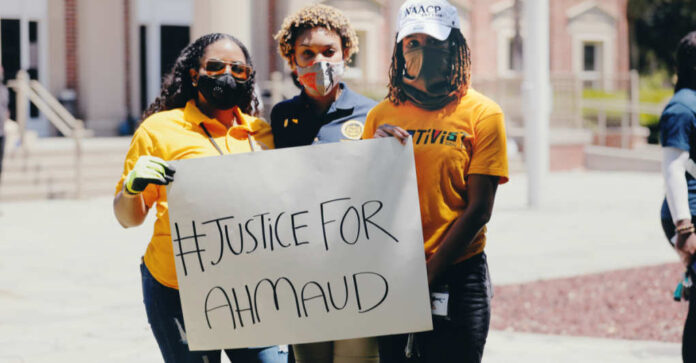 Every day crimes are committed in the name of hate across the globe. This is nothing new, and nothing surprising to anyone. Typically, when someone is murdered it’s because of hate, even if it exists for only a brief moment. This kind of hate is not deep-seated and long-lasting. As it’s not hate-based upon a specific set of biological or racial biases, that kind of hate does not receive special prosecution.

In the case of Ahmaud Arbery’s killers, their hate was very different. It was incredibly deep-seated, and understandably gets treated differently than the momentary hate that flashes during the heat of the moment. Instead, these three men looked to carry that hate and make direct use of it too. As a result, all three are already facing life in prison for Arbery’s murder as handed down from the Georgia state court.

These federal charges are a sign of this kind of hatred not being allowed in America. The verdict was handed down on February 22nd; just one day before the 2nd anniversary of his death at their hands. Defendants Greg and Travis McMichael and their neighbor, William “Roddie” Bryan chose to grab weapons and chase down Arbery for going through a construction development on his run – something his family claimed he did often.

With the father and son duo in one pickup, and Bryan chasing after them he recorded the actions of the duo. This same video was leaked as the case began and served as the cornerstone for their prosecution. For many, they knew the level of hatred the father and son had in them for black people, but nobody had been able to do much about it. This attack and the subsequent video ensured that this level of hatred would not be seen again. With this kind of evidence in conjunction with text messages and social media evidence, there was no denying the level of deep-seated racist hatred the trio had.

In a plea deal, the trio agreed to plead guilty provided they be sent to federal prison instead of Georgia state prison. U.S. District Court Judge Lisa Godbey Wood was unwilling to accept the agreement as it would avoid the hate crimes charges and allowed them to choose where they would do their jail time. She would not allow her hands to be bound in that manner. Arbery’s mother, Wanda Cooper-Jones may have made the most impactful statement when the judge was considering this request. “Please listen to me. Granting these men their preferred choice of confinement would defeat me. It gives them one last chance to spit in my face.”

By skipping this plea deal she ultimately allowed the duo an opportunity to change their pleas; something neither one was willing to do. The Justice Department initially was against the family’s objections to the plea as they claimed it was contradictory to an agreement they had with the family. Something their attorney disagrees with.

Lee Merritt, an attorney for Arbery’s mother, claimed that this was inaccurate. Speaking with reporters outside the courthouse, he informed them that previous attempts to get them to agree to a plea deal from the prosecution were unsuccessful. “The family no longer wanted to engage them concerning that point. They had had their answer. They (federal prosecutors) took that as a deferral.” This step is big deal, and something they never should have done. Thankfully for Arbery’s family, the judge agreed it was wrong.

As much as the liberals love to paint conservatives in a bad light on anything racially related, this was never a case about defending property (despite the defense’s attempts), or the 2nd amendment. This was about three very hateful and racist men looking for a reason to kill someone simply for being black and in their neighborhood. No matter what side of the aisle your beliefs are on you know this is wrong.