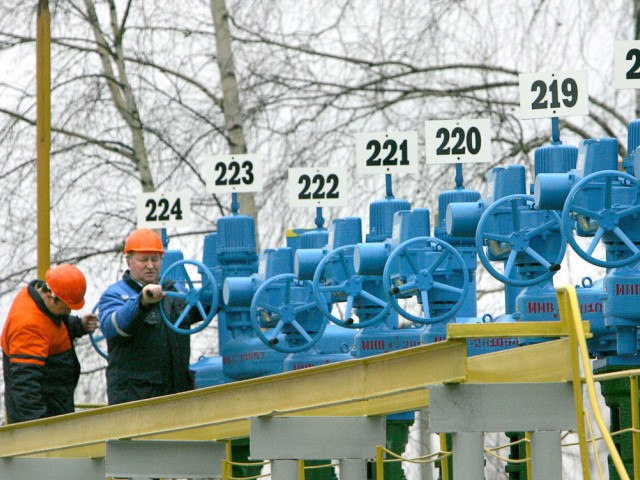 “We need real sanctions, not just some problems for Putin’s friends,” said Ukrainian lawmaker Oleksiy Goncharenco last Thursday. “We need an embargo on Russian gas and oil because every barrel of Russian oil and every cubic meter of Russian gas is now full of the blood of Ukrainians.”

According to the latest figures from the Energy Information Administration, the United States imports about 200,000 barrels of oil a day from Russia. With oil prices exceeding $100 a barrel, these imports amount to roughly $20 million each day that America sends to Putin and his war effort.

And these crude oil imports don’t count the additional few hundred thousand barrels per day of other petroleum products that the U.S. also imports from Russia. When the value of these imports is included, the U.S. sends tens of millions of dollars more each day to Putin.

Some countries, such as those in Europe, face a dilemma between energy and foreign policy. They often must make diplomatic compromises to secure energy for their people. For decades, U.S. international affairs were colored by our country’s energy needs.

But the American fracking revolution has bypassed this challenging calculus. The U.S. doesn’t need Russian oil because we produce enough domestically, gaining energy independence and becoming a net oil exporter during the Trump administration. No longer should our country compromise our values for oil imports.

Canada has already taken this step to ban Russian oil imports in response to its Ukrainian invasion. The fact that Biden hasn’t led the NATO effort in taking this step is his latest serious lapse in judgment.

Biden’s pro-Russian oil stance is all the more peculiar when you consider his opposition to domestic oil. Biden has taken many steps to restrict traditional energy domestically. For instance, he canceled the Keystone XL pipeline on his first day in office and banned drilling on federal land. He’s thrown his support behind the radical Green New Deal that seeks to eliminate net carbon emissions by 2030 by severely curtailing traditional energy.

This opposition to domestic oil threatens the American economy. No one believes Biden’s ridiculous claims, repeated during the State of the Union, that green energy policies reduce energy prices and boost the economy. Biden should at least be honest with the American people and follow in the footsteps of his former boss, Barack Obama, who explained that with green energy policies, “electricity rates would necessarily skyrocket.”

Energy is a major input cost for small businesses and ordinary Americans. Its increasing price acts as another painful tax. When Americans have to pay $4 a gallon for gas and 50 percent more to heat their homes this winter, they have less money to spend on Main Street.

Biden’s continued war on fossil fuels has even reversed America’s hard-won energy independence. The EIA announced last month that the U.S. would revert to a net oil importer in 2022. By continuing down this path, Biden may make the U.S. dependent again on foreign adversaries for our oil.

Alfredo Ortiz is president and CEO of Job Creators Network.