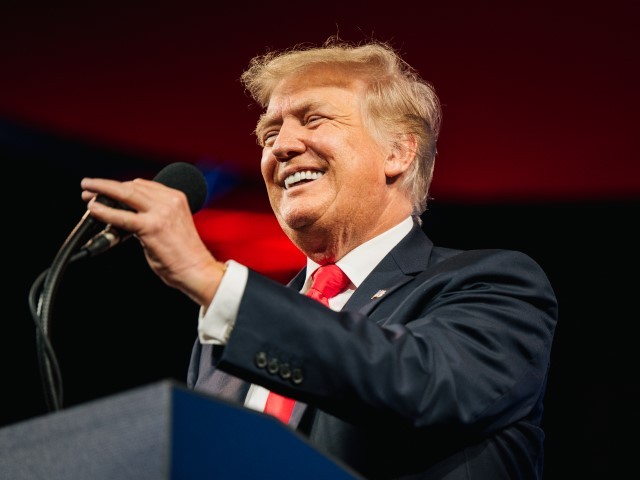 In a statement to the former president on Wednesday, Texas Lieutenant Gov. Dan Patrick (R) announced that Trump went 12-0 in his Texas primary endorsements.

“I am proud to tell you that every candidate I asked you to endorse won or is solidly in first place going into a runoff. You were 12-0 with your Texas endorsements last night from my list of recommendations,” said Patrick.

“Your key endorsement of strong conservative candidates, who believe in the MAGA policies, who worked hard every day for months was a winning combination over their opponents,” he added.

“It appears to be an all-time record for any candidate ever in a Texas contested primary. I used your endorsement in all of our ads, mailers and was pinned to the top of my Facebook page for months,” said Dan Patrick.

Other examples included Ryan Guillen, a former border region Democrat who became Republican, who won with 54 percent of the vote in a three-way race.

“He is the bold Democrat that changes parties in the border region,” an enthusiastic Dan Patrick said. “That is something you should be very proud of. That was a historic win that will open the door for more conservative Hispanic Democrats to switch parties.”

In the four-way attorney general’s race, the Trump-endorsed Ken Paxton came out in first place and will face Texas land commissioner George P. Bush in a run-off come May.

Kevin Sparks, the oilman in West Texas, won in a four-way race with nearly 54% of the vote.

Mayes Middleton won in a four-way race with 56% of the vote.

Governor Abbot won with 66% in an eight-way race.

I won with 76% of the vote in a six-way race and, as noted, had highest vote total of any candidate.

Texas held the first primaries leading up to the 2022 mid-terms, during which Republicans could take back control of the House and the Senate.