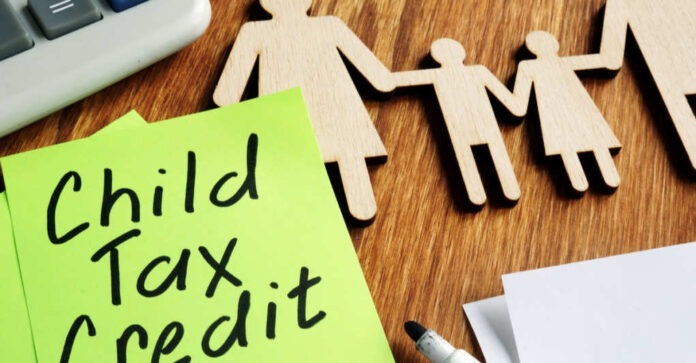 Countless victims have emerged during the COVID pandemic. While each of them has their own sad story, no story they can tell compares to the tale of children who were already in poverty. For many of them, the idea of being hospitalized with a slight case of COVID could mean getting some food and a break from parents that are statistically fighting constantly.

Along comes the child tax credit. As if God himself saw it fit to give them a break, this tax credit for each kid you’ve had sounds pretty good to most Americans. To those in poverty, it was a chance to catch back up and get in a better place. This relief would be the thing that would change everything!!

Then again, maybe it was a deal with the Devil. It was signed by President Biden and came with an end date. Suddenly without this tax credit to depend on, there wasn’t that extra $250-300 a kid wasn’t coming in to the bank account on the 15th of every month. That meant the gravy train had stopped, and along with it came the snap back to reality. Most had not improved their lives greatly with these months of payments.

Of course, there are tons of excuses. It wasn’t enough, it didn’t go long enough, or any other laundry list of reasons. The level of kids back in poverty had skyrocketed. According to Columbia University’s Center on Poverty and Social Policy estimates 3.7 million kids wound up back in poverty come January, marking a staggering 41% increase from December.

In December the US had 12.1% of kids living in poverty, come January that number had increased to 17%. This surge pushed it to the highest levels since December 2020. Given the high resurgence in COVID and unemployment at that time, the number then wasn’t so alarming. Yet the new surge was incredibly troubling for Americans. What was supposed to be a hand to help keep things steady was ripped away, and many of those in poverty still had been unsuccessful in making a better lot in life.

Center on Poverty and Social Policy (CPSP) policy-director Megan Curran saw how impactful this money truly was. “It really had a huge impact right off the bat. We saw food insecurity drop almost immediately as soon as the payments started … all of that progress that we made could now be lost.” She’s right too. It’s no surprise that as these credits ended prices for food began skyrocketing. While the child tax credit program already existed, it was never used before like this, and this new method made a huge difference.

This portion of Biden’s COVID-19 program took aim at child poverty. The complete redesigning of the child tax credit was seen as a boost to help end child poverty. Monthly payments to help pay daily expenses, allowing a whole new pool of families into the program, and a massive increase in the payments was the way to do that. While it would certainly impact the taxes of higher-income Americans, it wasn’t enough for many to notice.

Now that the kids are being thrust back into poverty, many are again reliant on school meals and taking home whatever, they can before weekends. During the pandemic, many schools that were aware of the status of their children handed out free lunches. All the family had to do was show up. Often these would include dinner too and in many cases a meal for each of the parents. The districts had food that needed to be used, and no kids coming in for classes, so why not step up? Unfortunately, now they are back to facing reality alone, and there isn’t anything to soften the blow. While Biden has the restoration of this credit in his Build Back Better bill, it is that exact cost level that so many are opposed to.