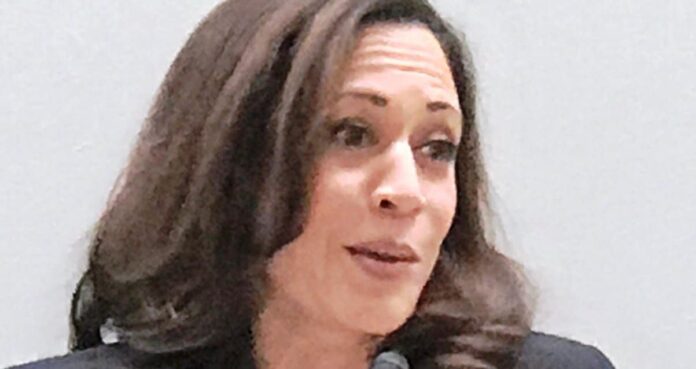 If 2020 and the coronavirus pandemic taught us anything, it’s that America is quite a giving nation. Remember when everyone was freaking out about mask shortages, hand sanitizer not being available, and hospital supplies being used up in record fashion? Many assumed that Trump would have to force companies to start producing more.

And yet, before he could even put plans in place to do so, breweries were switching gears to produce hand sanitizers, pharmaceuticals started working on vaccines, and clothing manufacturers like Hanes began making masks. America stepped up and gave when they didn’t have to.

And a MarketWatch report from 2019 proves that it’s not just during times of trouble when this happens. According to a survey conducted by the World Giving Index, Americans gave more to charity in that year than any other nation had in the previous decade.

Well, at least most Americans.

Thanks to the recent release of both Vice President Kamala Harris and President Joe Biden’s tax returns for 2020, we now know that the Democratic elite is not included in this giving society.

Oh, sure, they gave to charities, but only a mere fraction of their overall wealth, and you can bet it was only to make themselves look better for the election.

Now, that might seem like a bit much to you or high, who don’t make that in a month. But to someone of Harris’ wealth, that’s a mere 1.6%, according to Fox Business.

Anyone else think there’s something wrong with that?

I mean, here you have the nation’s second most important person, a woman of color, who no doubt is supposed to be making a positive change to those less fortunate than herself. She’s making millions a year, living in a mansion without rent, getting free everything.

And yet she can only afford to give 1.6 percent of her earnings to charities?

What’s even more striking is that when we look at the national averages, those with far less than she tend to give far more.

As USA Today reported, according to data from 2018, Americans making an average of less than $15,000 a year donated a whopping $1,471 on average. No, $1,471 isn’t nearly the $27,000 that Harris gave. But it’s almost five times higher in comparison to their overall income – nearly 10 percent of their annual earnings.

And even among those in the same tax bracket as Harris, those who make over $250,000 a year give more than Harris. In this bracket, most filers donate about $21,364 a year. Yes, this is slightly less than what Harris gave, but considering most only made about 25 percent of what Harris did in 2020, it’s still saying a lot.

The Bidens, naturally, did a bit better. After all, they had an election to win, and looking charitable and woke was a must. According to the Daily Wire, the Biden family donated about 5.1 percent of their annual income in 2020.

Another thing to point out here is that all along the campaign trail and even to this day, both Biden and Harris have painted the rich and powerful, including large corporations, as evil for making “too much” money. As we speak, the Biden-Harris administration is trying to push forward tax hikes for the wealthy and corporate America, all while sitting on large sums of money that don’t really differ all that much.

And now that their tax returns have been made public, no doubt as a way to try and prove themselves better than their predecessors, the American public knows the truth.

Biden and Harris are no different than the rich they claim are evil, and the wealth they say is unnecessary. They just want to use someone else’s money to make the nation more liberal.

That, on top of their donation records, makes them the least charitable Americans in the nation…