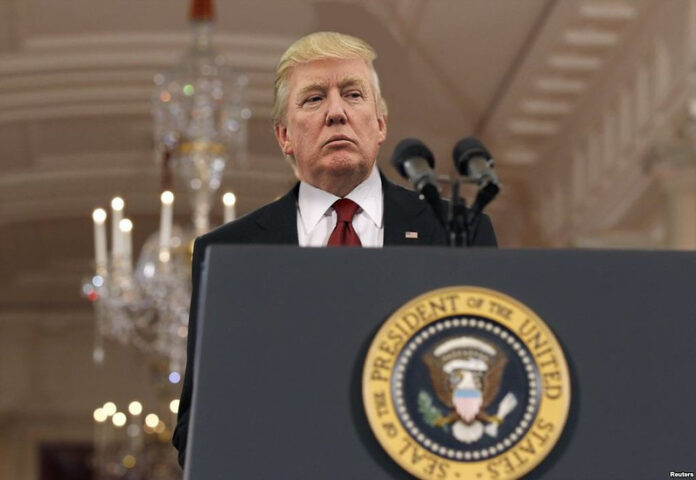 For those wondering if President Trump will run for President again in 2024, the short answer is “probably not.” The longer answer is “why” he wont be running.

We start with one fact: President Trump lost the 2020 election, a fact her refuses to acknowledge.

Many people who voted for President Trump are not happy about this, including this writer. But we must deal with reality. For the conservatives that truly care about American values, protecting American interests, and putting American priorities first, at some point holding onto this lie will hurt our cause.

That point is now.

Does that mean I side Rep. Liz Cheney? No. There are a lot of childish people in Congress these days, and she is somewhat of an adult and a serious person. But Cheney is a little too fond of foreign wars, and made a political choice is railing against President Trump.

Cheney claims that the January 6th Capitol Riot (so infamous, it’s a proper noun) was the turning point for her, but we all know that Cheney never particularly liked Trump and that she was biding her time for the moment to pounce.

As the number three Republican in the House leadership, Cheney was not aligned with the majority of the party and therefore her claim to leadership was revoked.

However unartful and clumsy she is, Cheney is making an important point. She correctly diagnosed Stolen Election Syndrome as a terminal brain disease. Patient zero: the Republican Party. The pathogen: Donald J. Trump, the 45th President of the United States.

Is anyone else tired of the pseudo-scientific metaphors? Every day liberals and RHINOs are on TV screaming that “the Republican Party is sick” or “diseased.”

Listen: If there is any disease, it is liberalism.

The question is whether or not there was mass voter fraud that was widespread enough to effect the outcome of the election.

Listen: Politics is a filthy business.

When our vehicle is filthy, we clean it. When our underwear is filthy, we wash it. Unfortunately, politics has some of those stains that just don’t come out. This is fact, and we reckon with it because the political process is an inseparable and important part of our representative democratic republic.

Was there widespread voter fraud in the 2020 election? It depends on your definition of “widespread.” There is voter fraud in our elections, but President Trump’s crack team of lawyers were unable to produce concrete evidence in any court of law when they contested the election results.

Listen: Howling on cable news is not evidence.

I liked the My Pillow Guy. It is not often that you have a Christian business owner who is so publicly open about their faith. He was selling Jesus AND pillows. But, boy, did he go off the deep end. He has good intentions, and he wants justice in our elections, but has made himself look foolish in defending President Trump’s position.

There is another category of individuals, however, who do not deserve any sympathy whatsoever. They may not be from the The Swamp, but they would like to build little “swamplets” of their own. These are the con artists: Lin Wood, Sidney Powell, Sebastian Gorka.

Listen: If you want to believe lies, that is your choice. But that makes you no better than the Democrats, who live by lies.

The is a special place in hell for Lin Wood and company. They are shameless and they prey on patriotic Americans who just want to do the right thing. Not everyone has time to follow the minutiae of politics. We have jobs, families, and lives to live and lead.

Most Americans have integrity, and are concerned about the integrity of our elections. The hucksters who cater to our worst fear just want to make a buck.

It is about time we got to the man himself: Donald J. Trump.

Jump in a Learjet with me and we will coast over to Mar-a-Lago, where our president-in-exile pouts, steams, and rants in his gilded cage. Every now and then, he will post a happy picture of him smiling, thumbs up. We like that Trump.

Listen: Was there anything more badass than when Trump ordered the assassination of General Soleimani?

For a person that people claim is superficial, the substance of Trump’s policies were successful. The pivot against China, lower taxes, a pro-American workers jobs agenda, and energy independence — the list goes on.

We know that Trump’s policies were popular because Joe Biden is stealing most of them and claiming them as his own.

Trump is very talented and smart, but you cannot improvise solutions to every issue. Some issues are extremely complicated, and in order to solve them it requires in-depth engagement. President Trump’s flitting attention prevented even greater conservative victories from happening.

As a businessman and builder, President Trump had a historic opportunity to rebuild America’s infrastructure. This is one of the great what-ifs of his presidency.

Listen: Biden won the 2020 election by an even slimmer margin than what Trump won by in 2016. It was a squeaker.

Trump lost because of his personality, which veers from pleasant, charming, and funny to petty, frantic, and unhinged.

If we are honest with ourselves, Trump is abusive. He abuses people with words. He humiliates. Sometimes this is funny, oftentimes it is inappropriate. Trump’s abusive personality cost him the election. People thought that President Trump did not care about them, and that he only cared about himself.

Listen: The Republican Party is in an abusive relationship with Donald Trump.

How did we get to point where Arizona Republicans are hunting for bamboo ballots? I am actually not even that upset about this. Let the process play out. In my opinion, more election security is a good thing.

At some point, Republicans are going to have to let go of the myth that the election was stolen. And if Trump himself will not give it up, they will have to give up Trump.

Listen: You need to make a choice about what you value, America or one man.

I will tell you what is holding conservatives back: When conservatives nominated Trump, they sent the Republican Party that they wanted change. The American people want to clean up Washington. Now that Trump is out of power, some conservatives are still holding on. They are waiting for their champion to emerge.

Listen: It was an abusive relationship, but it worked for awhile.

President Trump is now in Mar-a-Lago almost pleading for attention. He is a sight for sore eyes. Conservatives, in general, are loyal and feel a degree of loyalty to their 45th president. But at what cost?

Conservatives now have a historic take back the government at all levels. Newsflash: Trump does not care. I am not saying that he is not generous or does not have a capacity for kindness, but he only really cares about himself. This is well documented, and if you are honest with yourself you will agree.

Trump wants attention. Fine, give him attention. But at the price of a new conservative majority across this nation? Never.

Listen: America First has become Trump First and it is putting America last.

Conservatives are better and stronger than this. Maybe it is a little frightening: Trump gone, the Swamp back, and radical socialists in Congress and the White House.

What does it all mean? It means that you, dear reader, are being called to action. Action requires courage. Have conservatives lost their courage? It is not easy, and it never will be. It requires the courage to be honest with ourselves, open to change, and do the hard work needed to take back our government.

In summary, the answer to whether or not President Trump will run for office in 2024 is no, and the above reasons are why. Instead, conservatives like you are being called to step up and carry the torch of freedom forward. As a conservative, this is your moment. Will you have the courage to seize it?