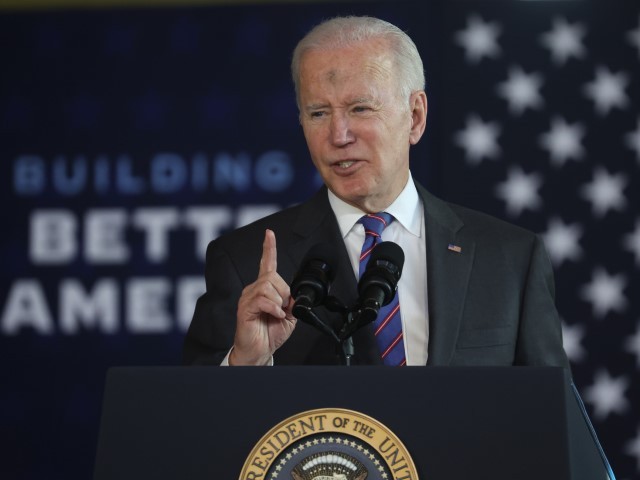 The president commented on the January 6 riots during a speech in Superior, Wisconsin:

Again, we’re not perfect — we’re not even close — but we never have walked away. And Vladimir Putin was counting on being able to split up the United States.

Look, how would you feel if you saw crowds storm and break down the doors of the British Parliament, kill five cops, injure 145 — or the German Bundestag, or the Italian Parliament? I think you’d wonder.

Well, that’s what the rest of the world saw. It’s not who we are. And now, we’re proving, under pressure, that we are not that country. We’re united.

But that is not what happened.

U.S. Capitol Police Officer Brian Sicknick died a day after the attack, but his death was determined afterward to be of natural causes: two strokes at the base of his brain stem caused by an artery clot.

Biden has repeatedly cited the January 6 protests as a historic moment of crisis for democracy in the United States.

“Those who stormed this Capitol and those who instigated and incited and those who called on them to do so held a dagger at the throat of America — at American democracy,” he said in January 2022, marking the one-year anniversary of the attacks.

In April of 2021, Biden called the January 6 riot the “worst attack on our democracy since the Civil War,” ignoring historical wars, presidential assignations, the 9-11 terrorist attacks, and even violent attacks on the Capitol Building.

Only one person was killed on the day of the violent January 6 protests. Trump supporter and Air Force veteran Ashli Babbitt, 35, of San Diego was shot and killed by a capitol police officer after she tried to force her way into the House chamber.