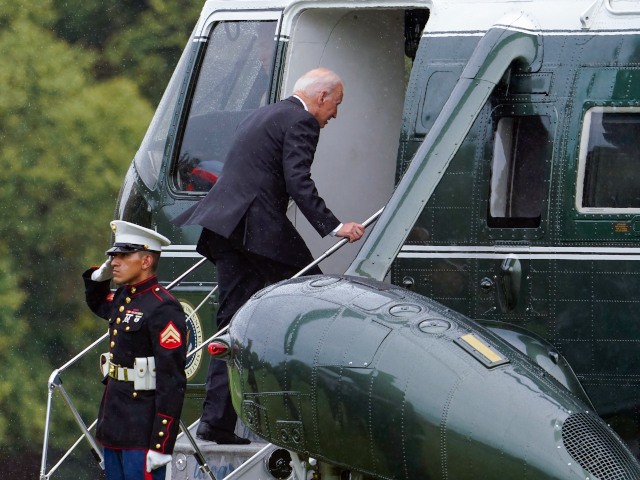 The president plans to spend the weekend at home, even though some criticized him for the optics of not caring about the ongoing conflict or the current state of the country by leaving Washington, DC.

Biden spent last weekend at home, when it was unclear whether Kyiv, the capital city of Ukraine, could survive the onslaught launched by Russian President Vladimir Putin earlier in the week.

The president does not like spending weekends at the White House, describing the building as “the tomb,” according to reports.

Earlier Friday, Biden met with Finnish president Sauli Niinisto to discuss Ukraine and the importance of the NATO alliance.

“We’re committed to helping Ukraine defend itself and support of the humanitarian need of the Ukrainian people,” Biden told reporters as he met in the Oval Office with Niinisto.

He did not take any questions from reporters.

The Untied States and NATO have little interest in trying to enforce a no-fly zone by challenging Russian planes, which would likely trigger a full-scale war.

Instead, Biden and the White House have requested of Congress $10 billion in additional funding to support Ukraine.