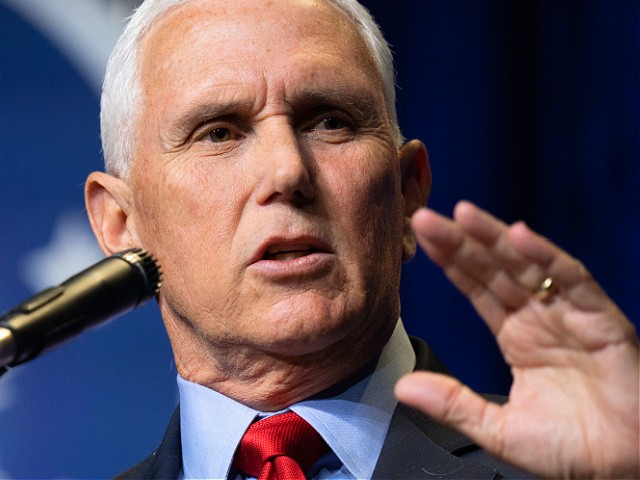 Tuesday, former Vice President Mike Pence said when the time was “right,” he and his family would consider his future political ambitions, including a possible 2024 presidential run.

In the meantime, Pence said he was focused on the 2022 midterm elections.

“You know, all of my focus right now is on 2022,” he said. “I think we have a historic opportunity to reclaim majorities in the House and the Senate, to elect great Republican governors around America. And in 2023, I’m confident the Republican Party will nominate a candidate who will be the next President of the United States of America. And at the right time, my family and I will reflect and consider how we might participate in that process.”

“But now, more than ever, with war in Europe and with an administration seemingly intent on weakening our country and driving our nation toward a European-style welfare state, we need strong Republican majorities on Capitol Hill and strong Republican governors, and that’s what we’re going to work to achieve,” Pence added.