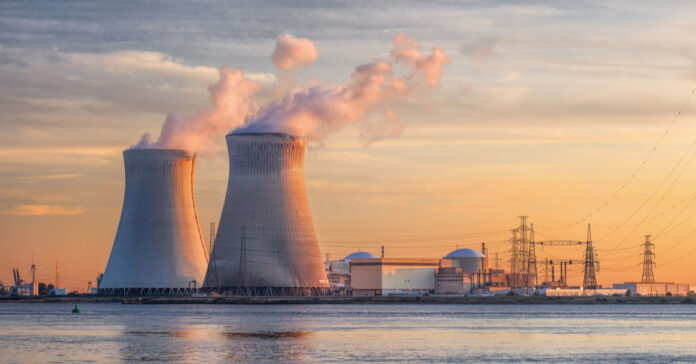 Elon Musk, the co-founder and CEO of Tesla, recently said that Europe must act immediately and that it is crucial for them to do so for the sake of international security. Musk believes that nations within Europe need to reboot their nuclear power stations and they need to do it now.

“Hopefully, it is now extremely obvious that Europe should restart dormant nuclear power stations and increase the power output of existing ones. This is *critical* to national and international security,” Musk tweeted.

The Tesla founder believes that fears focused on radiation are out of proportion. And to show that he believes what he is saying, he vowed to eat locally grown food near a nuclear power plant on live television. Musk said that he did that very thing in Japan many years ago after there was great tension over Fukushima. He believes that the risk involved is “much, much lower” than most people think it is.

This challenge from Must comes a few days after images were sent across the globe of Russian troops invading Ukraine and in particular attacking the Zaporizhzhia nuclear power plant. This facility is in the southeastern city of Enerhodar.

Elon Musk not only wants Europe to reboot its nuclear power plants, but he also has called for the United States to drill more oil domestically. He said that we need to offset Russia’s energy exports which have played a significant role in President Putin’s plan in waging war on Ukraine.

When the world saw the strike from Putin against Zaporizhzhia, there was a universal alarm around the globe. The potential for a crisis of catastrophic proportions was significant. Some believe that it would have “dwarfed” the world’s worst nuclear disaster at Ukraine’s Chernobyl in 1986. The nation of Ukraine has a total of 15 nuclear reactors at four different power plants.

The attack against Zaporizhzhia was not the only factor in raising alarm globally. The war instigated by Russia has created havoc in the global oil market. Europe is about to be hit even harder. Germany has canceled Nord Stream 2 which is a pipeline meant to carry natural gas from Russia to Germany. It is a multi-billion dollar project that extends for 764 miles. It is owned and operated by a subsidiary of the Russian state company named Gazprom. And as of January 1st of 2022, Germany has shut down three of the last of its nuclear power plants.

These nuclear power plants along with others in Europe are the focus of Elon Musk. He is calling for them to be immediately reopened. If there are not, Musk is threatening that there will be global insecurity.

Right now, Europe is combating shortages of building materials and companies have ceased production due to rising energy costs. Across the pond, the Biden administration has seen energy prices soar and there is growing support across the nation for the United States to cut U.S. imports of Russian oil. Reuters reported that 80% of Americans believe we should stop buying Russian oil. And this includes a majority of both Republicans and Democrats.

The Wall Street Journal reported that in the past, the United States imported about 672,000 barrels of oil a day from Russia. And in Biden’s first year in office, U.S. imports of Russian crude were at the highest level in the last decade.

We will see just how willing the leaders in D.C. are to listen to Tesla’s founder. The international stakes are getting even higher.