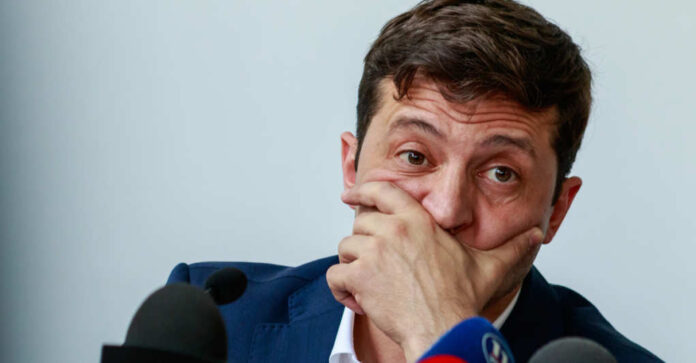 Volodymyr Zelensky, the heroic president of the Ukrainian people, had access via a Zoom call with 280 U.S. lawmakers, according to Fox News. Zelensky took the opportunity to plead with these American leaders to give more assistance while the people of Ukraine are facing the terrifying attack of Russian troops.

He described a humanitarian disaster in his nation and asked the group of lawmakers not to allow the “brave and strong people” who share American values to be “exterminated.”

Zelensky was clear in his ask of the American legislature. He wants a total embargo of Russian oil as well as significantly more lethal aid than Ukraine has so far received. The president also asked that NATO impose a no-fly zone in the air over the country of Ukraine. And he wants fighter planes.

Senator Marco Rubio, a Republican from Florida, spoke about this with host George Stephanopoulos on ABC News’s “This Week.” Rubio is the vice-chair of the Senate Intelligence Committee. He explained exactly what a no-fly zone is because he said that not many people fully understand the implications.

Rubio said that to impose a no-fly zone means flying AWACs 24 hours a day. He continued, “That means the willingness to shoot down and engage Russian airplanes in the sky. That means, frankly, you can’t put those planes up there unless you’re willing to knock out the anti-aircraft systems that the Russians have deployed, and not just in Ukraine, but in Russia and also in Belarus.”

Rubio went further saying that if people understood what it actually means, they would understand that it means starting World War III.

The Florida senator did say that he supports sending aircraft to Poland if they are willing to transfer some of their planes to Ukraine. Democratic Senator Chuck Schumer from New York agrees with Rubio on this. He said that he would do all he could to make it happen.

“President Zelensky made a desperate plea for Eastern European countries to provide Russian-made planes to Ukraine. These planes are very much needed. And I will do all I can to help the administration to facilitate their transfer,” Schumer said.

The senator from New York also said that he was working with Republican Senator Mitch McConnell to get the help that was requested from the Ukrainian people. He said that there was a bipartisan effort to also get more than $10 billion in economic, humanitarian, and security assistance to Zelensky and his nation as quickly as possible.

President Zelensky focused on the power of cutting off Russian funds. He believes that an oil embargo would be the most significant sanction that the United States could impose. The president said that this would be more helpful than disconnecting Russian banks from the SWIFT financial messaging system. That is the move that Western countries embraced last week. Republican Senator Lindsey Graham agreed with Zelensky’s assessment. Graham also said in a tweet that he supported transferring fighter planes to Kyiv while he called for more sanctions on Russian oil. He stated that Putin’s army is in a “full-blown war crimes mode.”

President Joe Biden’s administration approved the transfer of warplanes from NATO countries to Ukraine early this week. And Fox News reported that President Putin has ordered a cease-fire around some major Ukrainian cities in response to a request from French President Emmanuel Macron.

Ukrainian President Volodymyr Zelensky continues to lead Ukraine with poise and clear sense, and the world seems to be following his lead.