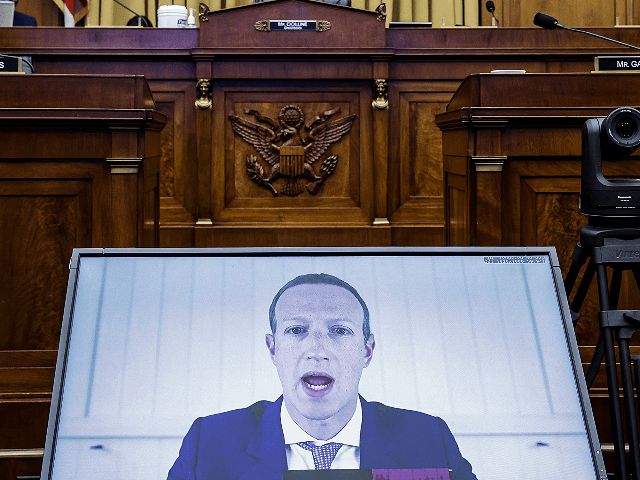 Marlow writes that the 2020 election wasn’t “stolen” from Donald Trump in some “spy-thriller-esque” conspiracy involving Hugo Chavez and voting machines, and suggesting that it was “stolen” is the “easiest way to get removed from the Internet and social media.” However, the true story of how Democrats won is still troubling and reeks of corruption, according to Marlow.

First, he explains how Silicon Valley’s Masters of the Universe controlled the flow of critical information: “Some of the most powerful people in the world, the Masters of the Universe in Silicon Valley — none of them elected, most of them anonymous — turned dials to increase or decrease the flow of critical information the American electorate needed to make informed decisions in the presidential race.”

Marlow points to Big Tech censorship of stories about Hunter Biden’s corruption scandals, as well as Google suppressing Breitbart News’ traffic for anyone searching for articles about “Joe Biden.” Suppression of negative stories about Biden – as well as positive stories about Trump – had the potential of swinging voters in key states, Marlow notes, highlighting a poll conducted by the Media Research Center showing that 17 percent of Biden voters would have changed their votes had they known about certain stories widely covered by Breitbart News.

In addition to controlling the “flow of information,” Silicon Valley billionaires also spent lavishly to impact the election at the ballot box, particularly with the push for vote-by-mail, Marlow explains:

If you had any doubt those who control the flow of information in this country were determined to get Trump out of power, look no further than Mark Zuckerberg. The Facebook CEO spent hundreds of millions of dollars on “safe” election administration, but these efforts appear to have been little more than a de facto get-out-the-vote (GOTV) operation to benefit Democrats.

The centerpiece of this was COVID-safe “drop boxes.” These were bins that look like aluminum public trash cans, placed throughout the country, largely unprotected and unguarded (compared to in-person voting). These made it easier for people to “safely” turn in their mail-in ballots. Critics of the plan said that a high number of these drop boxes were placed in precincts that favor Democrats, particularly ones that were likely to be close races. These drop boxes weren’t necessary anyway, as in-person voting did not worsen the pandemic.

Yet, the sad reality is that Republicans, by and large, let the Masters of the Universe do all this. Perhaps it was because they feared harming the tech companies that were driving the stock markets to record highs, maybe they were following a blind loyalty to the free market, perhaps many were paid off by Big Tech lobbyists, certainly some were uninformed and ignorant. Whatever the explanation is, the GOP was wildly ineffective at protecting their own voters’ ability to freely read and share information.

Marlow calls on Republicans to pursue legislative reforms to rein in Big Tech, including “legislation to treat social media platforms as common carriers like trains or phone companies; this would prevent them from discriminating based on political ideology (or any other reason, for that matter).”

“Breaking up the biggest technology companies, reforms to antitrust law, and reforming the safe harbor for censorship of section 230 of the Communications Decency Act should all be considered,” he writes. “But most importantly, conservatives must turn to governors, legislatures, and Attorneys General in Republican-led states. This will take political willpower, but it can be done.”