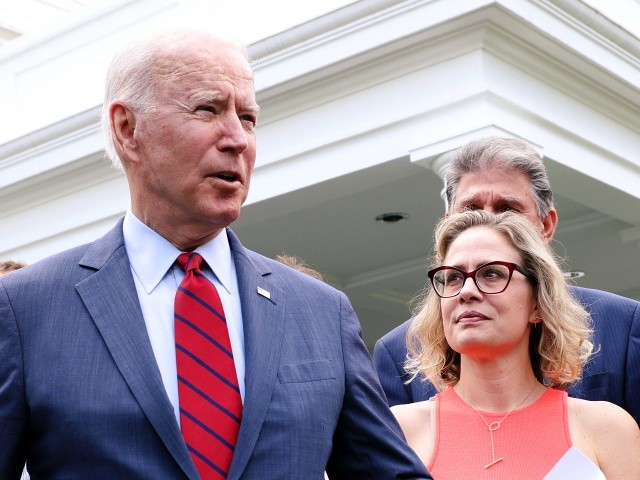 During a press conference on Thursday, Sinema suggested that the Biden administration has not made it a priority to stop illegal immigration and drug trafficking across the southern border despite its having major impacts on American communities in California, Arizona, New Mexico, and Texas.

“Nothing, there’s not been any active steps to stem the flow of migrants from the border,” Sinema said, according to local media. “One of the things I’ve been working on with my colleagues in both parties is to discuss the fact that the current flow is unsustainable.”

“[Washington] D.C. has shown little regard for the actual crisis that’s occurring in Arizona, and we know that,” Sinema continued. “We’ve paid the price for the federal government’s failure to fix our broken immigration system for most of my lifetime.”

Sinema is currently pushing to increase the number of U.S. Border Patrol agents stationed across the southern border and fund communication programs across Mexico and Central America to warn potential migrants not to take the often deadly journey to the border.

“There hasn’t been as much movement on this as those of us in border states like Arizona and Texas have been calling for, for many years,” Sinema said.

In 2021, more than two million border crossers and illegal aliens arrived at the southern border. This year, experts predict more than 2.1 million to arrive.