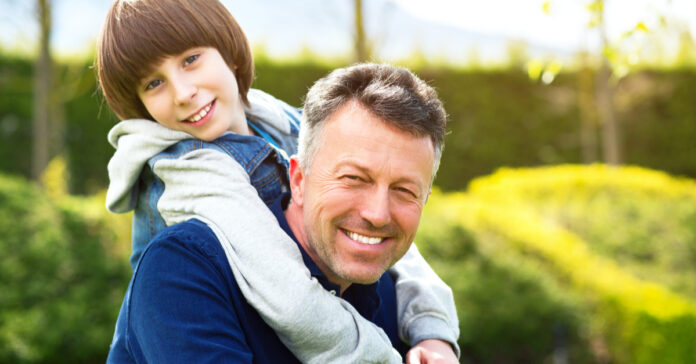 Dads of New York know how difficult it can be to win a court case there. Divorced, single, or still married, the state has a reputation of having a hard outlook on all fathers, no matter why they are finding themselves in court. Even when the charges are easily proven as being trumped up for no reason, there is always a problem in fighting them.

Chad Hummel is a father from Rochester, NY and he was facing 90 days behind bars, and professional licensing problems if the charge of criminal trespassing stuck. He got this charge from attending his son’s baseball game without a mask on while being socially distanced.

In a press release, Mr. Hummel sent to The Daily Wire he gave bits of information about his case. “The Trespass charge arose from an incident where Hummel was standing alone in a field, hundreds of feet from anyone, maskless…[A] plainclothes guard ordered Hummel to leave his son‘s baseball game despite the Executive Order at the time that did not require outdoor masking. There was even a sign on the Stadium entrance that stated masks were optional when 6 feet apart. Mr. Hummel stood his ground and the police arrived, handcuffed him and took him to jail.” This plain-clothes guard was employed by the private security company of Irondequoit Chief of Police, Alan Laird.

These kinds of charges are all too common in places like NY. Small town police officers will find any reason to push charges when there is no evidence of wrongdoing and will push them in court. Even when the defendant can easily prove they are in the right, they bet the farm on that defendant not being smart to the laws, and on not hiring a lawyer.

Fortunately for Hummel, he is a lawyer, and he is smart to the laws on the books. Standing up and gaining a victory for fathers, those who wish to not wear the useless face masks, and those who have had their rights trampled by small-town cops everywhere. This is the kind of man America needs more of, but he’s not done yet.

Next up is his civil lawsuit against the school district. The statement continued to say “Mr. Hummel has been previously quoted as stating that, ‘[he] would accept a public apology, some resignations and a change to the school code of conduct in lieu of monetary damages. Now that the District sought to criminalize him, damage his professional career and hurt his family, he‘s reconsidering.” This reconsideration is exactly what he needs to do.

People like the ones who persecuted him need to learn how to play their cards right. You don’t attack someone for following your policy to the letter. You keep your townspeople safe as you need to, but this was beyond reasonable, and as such Hummel stood up against their tyranny, and got a set of steel bracelets as a result.

To see a man win one against a corrupt Democrat ran government is a beautiful thing. In the state of New York especially this is a rare case. It’s something that should be seen more, and as more men become aware of their rights and how to properly exercise these rights, maybe we will see this more. In the meantime, all eyes will be on the civil case to see just how much money the district will be forced to give up, and how many will just leave.