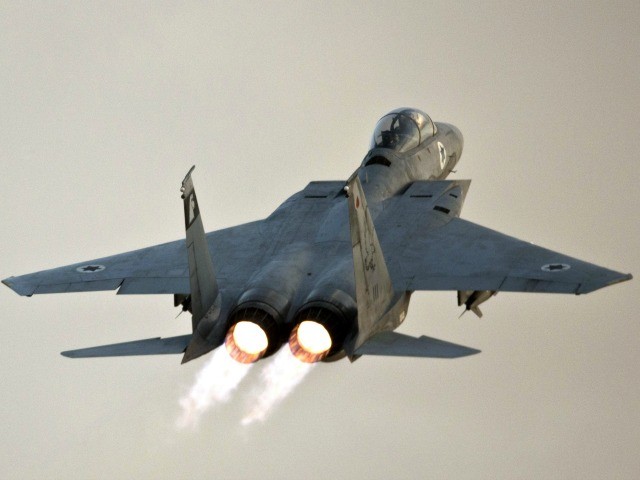 The terms of the new deal have been leaked over the past several weeks, as American negotiators have resigned in protest. They do not offer a return to the old, Obama-era Iran deal, which was bad enough: they are much weaker, and much worse.

It will also give the ayatollahs $7 billion in ransom for American captives, and it will remove sanctions from some of the world’s worst terrorists, including the Iran Revolutionary Guard Corps. Moreover, its terms will expire over nine years, even as the former deal’s terms have already begun to expire.

What that means is that Iran will emerge at the end of the deal as a nuclear power — just as it could have under the old deal, which was the whole reason that Israel opposed it openly, and the Sunni Arab states opposed it tacitly.

The White House is sticking to the propaganda line that the Joint Comprehensive Plan of Action (JCPOA) — it was never even a deal — stopped Iran from developing a nuclear weapon. We know, from intelligence files seized by Israel, that Iran never gave up that goal.

Yes, Iran accelerated its nuclear research after President Donald Trump pulled the U.S. out of the Iran deal in 2018. But he didn’t simply walk away from the deal: he hit the regime with crushing sanctions, both on its nuclear program and for its terrorism and human rights abuses. He ordered the airstrike that killed Iranian general Qasem Soleimani, the mastermind of Iran’s terrorist proxy wars throughout the Middle East. The regime barely mustered a response; it was weak and out of cash.

What Trump realized, and the Obama-Biden team refuses to understand, is that the Iranian regime is the primary problem. Without pursuing — and, indeed, while publicly opposing — a strategy of “regime change,” Trump created the conditions in which the Iranian regime could not survive for much longer.

Without a belligerent theocratic dictatorship in place, Iran would no longer threaten its neighbors; it has no natural interest in conflict with them, and no defensive need for nuclear weapons.

Obama preserved the Iran regime — even when Iranians rose up in the Green Revolution in 2009 — because he foolishly saw the regime as a potential stabilizing force in the region. If Iran was willing to fill in the vacuum, the thinking went, the U.S. could pull out of Iraq and Afghanistan without looking back.

He failed to see that the Iranian regime exists to destabilize its neighbors, that it is not a government but a “revolutionary” movement in constant need of turmoil to justify its ongoing rule.

Biden has no such grand strategy delusions. He is returning to the Iran deal simply because Trump left it.

Biden’s staff, who are the same incompetent “experts” who negotiated the JCPOA, took it personally when Trump ended what was supposed to have been Obama’s “signature” foreign policy achievement. They are guided in Iran, as in all other areas of foreign policy, by the conviction that if Trump did it, it must have been wrong — which is why they are failing dismally, around the world.

They failed in Ukraine because they failed in Afghanistan, and because Biden made clear in advance that he would not use force if Russian President Vladimir Putin invaded.

Trump might not have used force in Ukraine, either, but he would have kept Putin guessing — especially after what happened to Soleimani. Unpredictability, combined with a demonstrated will to use force in other settings, were strategic assets that kept the U.S. and its allies safe. Biden has no ability to deter anyone.

The lesson that Israel and other vulnerable non-NATO members, like Taiwan, are taking from Ukraine is that if you are attacked, or just threatened, by a hostile power, the rest of the world is not going to do anything to help you.

Theoretically, the U.S. would help defend Israel from Iran, but the Obama administration deliberately undermined Israel’s self-defense against Iran by leaking potential Israeli attack plans to the media. Israel could trust Trump’s commitment; not so, Biden’s.

So there is no alternative. Either Israel has to allow Iran to become a nuclear power, and live in fear of the day it becomes the next Ukraine; or it has to take out the regime first, risking retaliatory strikes by Iranian-backed Hezbollah and Palestinian terror groups.

The only consolation is that thanks to Obama and Biden’s bumbling, the Sunni Arab states, who also view Iran as a threat, are fully aligned with Israel. But war is coming.

Indeed, war is the only thing the new Iran deal will guarantee.