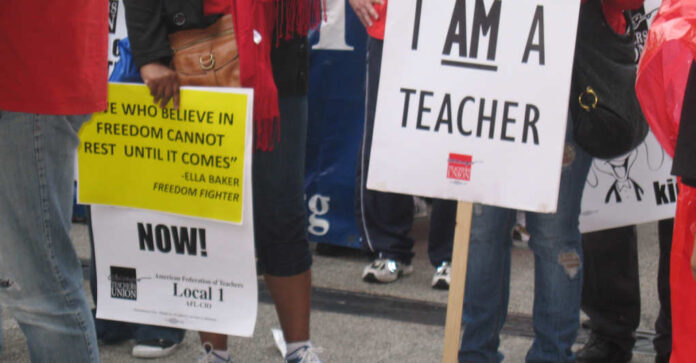 Teaching at public schools can be difficult. The hours are long, many of the kids are only there because they are being forced to show up, and even more, just don’t apply themselves. Add in the parents who think their children are perfect angels, the school board who doesn’t know the first thing about teaching, and the criminally low pay, and it’s a wonder anyone chooses to teach.

The teacher’s union in Minneapolis has had enough of all this. This strike will pause classes for 29,000 students across the city. On Monday, Greta Cunningham, president of the teachers’ chapter of the Minneapolis Federation of Teachers said, “We are going on strike… for the safe and stable schools our students deserve.” The St Paul School District reached an agreement with their teachers on Monday, thus avoiding their strike.

At the root of the demands, they want a “living wage” for education support professionals, caps on class sizes, and improved mental health services for students. These are simple requests that became demands when the districts didn’t want to budge. St. Paul found a way to get the money and to make everyone happy.

They are restructuring the language of the teacher’s contracts to get them to have average class sizes at the current levels, hiring 4 additional school psychologists, giving all union employees a $2,000 stimulus using Federal funds, and increasing the pay of the lowest-paid teacher’s assistants. Overall, this is a safe compromise for the district to reach.

Back in Minneapolis, they don’t quite have that same luxury. They have suffered massive enrollment losses due to the pandemic and cannot give things out they don’t have the money for. The criminally high cost of living and the money the city has had to pay out for BLM protests and other activities have not helped their budget situation at all. While these things did not impact the money the school district received, they have tightened down on any extra help the city could provide.

As the students are now looking at even more missed time due to this strike, the parents are forced trying to scramble so their kids are safe. While the strike is not a surprise to many, there are still some parents who either never heard, or just didn’t care enough to pay attention. These parents are stuck between a rock and a hard place here, especially in single-parent, blue-collar homes. Given the makeup of much of Minneapolis, this would be a rather sizeable number of parents.

When the pandemic was first going many of these same parents looked to private schools to help get their kids back into in-person learning as soon as possible. For them it wasn’t just a quality of education question, but also a question of them being able to return to their jobs without paying someone to sit with them while they were in virtual schooling. The toll taken on these kinds of families during the pandemic is tremendous.

As the teachers in Minneapolis continue their protest those meeting with their union need to be careful. While Minneapolis only has 15 more educators, they make $14,000 less than the teachers in neighboring St Paul. Then you have the hundreds of support staffers who aren’t paid a living wage. It is these workers that the teacher’s union knows they rely on, and as such, they are a focus of this strike. Take care of them and you’ll have a happy district of teachers in no time. Even if they could earn about 15% more by taking a job in neighboring St Paul.