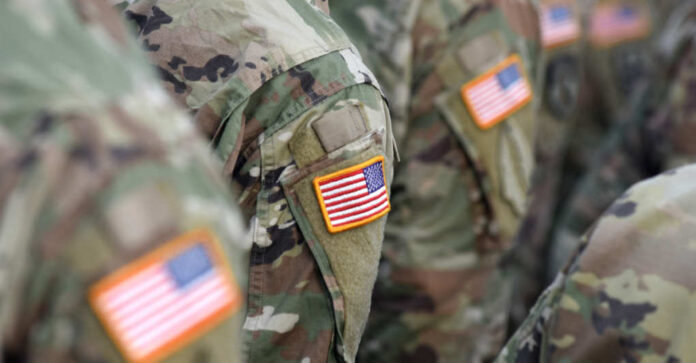 Joe Biden has been reluctant to support the military and fund it the way it needs to be done. He has taken the position of passiveness to avoid dealing with people and their ideas of funding the military. But of all the groups he has to deal with. They would like to see the president defund the military so America is weakened so invaders can attack and take what they want.

But their hopes and dreams are crashing down around them because the new spending budget for the military has come out, and it’s a somewhat more prominent figure. Senators on both sides of the political fence support the military budget except those that would identify themselves as progressive.

Joe Biden had initially proposed a $715 billion budget. But the war pressed by Russia has increased by nearly $10 billion. Some of that increase would be marked as aid sent to Ukraine to help them fight against the invading terrorists.

Politico reported that “The deal to supercharge the Pentagon budget is partly thanks to a $25 billion boost to the administration’s defense proposal that Democrats and Republicans endorsed in military policy legislation Biden signed in December. But congressional leaders must still pass legislation to fund the Pentagon, and their negotiations could produce Pentagon spending even higher than the $740 billion they agreed to months ago.”

The progressives that exist under the Democrat flag all hate America. They would love to see the nation become a failed socialist state ruled by a liberal dictator. They need a weakened defense budget, so when the time comes to challenge the status quo of America, there is not enough money to fund defense measures.

Donald Trump was big on funding the military. He knew the threats that existed outside of the nation’s border. But Joe Biden is so clueless that for him, even to propose a defense budget is beyond expectation. But he is not the final say as to the budget amount. Congress will have the final say as they work out all the details.

John Yarmouth is the House Budget Committee Chair. He was opposed to the amount of increase when Donald Trump was in office. But he is supportive of this budget since it is coming from a Democrat. He stated, “It’s going to be tough. I don’t like it. I think we’re spending far too much anyways. But I think it’s a harder political vote now to vote against significant increases in defense.”

The Russian war can still present problems for western nations should the war expand to other regions. The United States will need to be ready to engage in war should the need come up.

The Democrats may be in control of the political landscape, but they are far from being able to work the system. The progressives wanted to keep the budget the same and, if they could justify the thought, even shrink it and make cuts.

The nation is sick and tired of inflated budgets. For the time being, it looks as if the Democrats have seen their doom should they keep pressing for unwarranted spending. But a world in war is cause for an increased military budget. The progressives may not like the idea, but they enjoy the freedoms that define America. Under socialist rule, many of the progressives would have been arrested for being so vocal about things.

The Republicans already know and realize that a strong America is what the world needs. The United States is the sole force to keep more considerable powers under control. But there must be a president willing to yield that power and use it to defend the oppressed. Joe Biden is not that person. He is a weak man that cannot stand up to a few world leaders wanting to terrorize their neighbors. The progressives may not like the spending bill for the military. But they certainly love the freedoms the soldiers give their lives to defend.