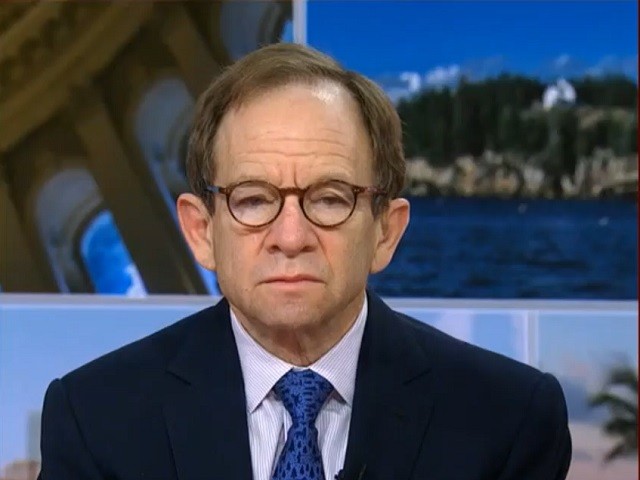 On Friday’s broadcast of Bloomberg’s “Wall Street Week,” MSNBC Economic Analyst Steve Rattner, who served as counselor to the Treasury Secretary in the Obama administration, said that we’re dealing with a potential stagflation problem where we have to “address both an inflation problem and potentially a growth problem at the same time” for the first time since the early 80s, and that while he isn’t predicting a recession, he “wouldn’t be shocked if we had one somewhere down the line” because stagflation oftentimes causes recessions.

Rattner said, “The Fed is already going to raise interest rates this week. There was some talk before Ukraine that it might do as much as 50 basis points to try to address the inflation problem. Jay Powell signaled in his testimony it’s more likely to be 25 because of the concerns about growth. And that’s fine to kind of keep the world — or the U.S. growing, but it doesn’t address the inflation problem. And sooner or later, the chickens are going to come home to roost. … I was a New York Times economics reporter in the 70s. I was at Paul Volcker’s press conference when — in 1979, when he announced his whole new framework. I’m not suggesting we’re going to go back to that, but this is the first time since then — since — certainly, since the early 80s that we have had to address both an inflation problem and potentially a growth problem at the same time. That’s what we call stagflation. That often leads to recessions. I’m not predicting one, but I wouldn’t be shocked if we had one somewhere down the line as a result of all of this.”