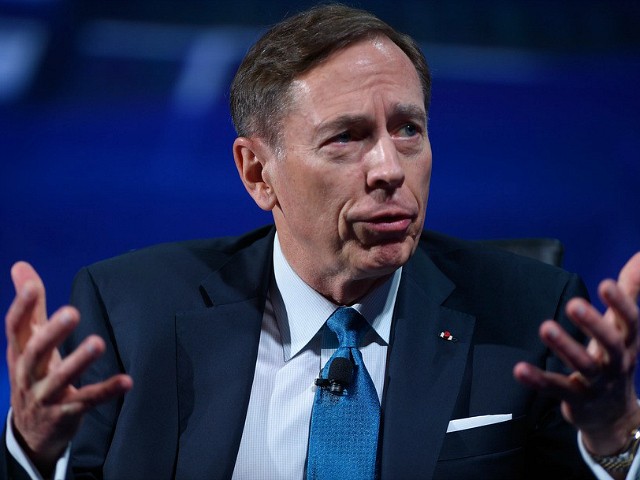 Former CIA Director David Petraeus on Sunday weighed in on the ongoing Russian invasion of Ukraine.

Petraeus told John Catsimatidis, host of New York WABC 770 AM radio’s “The Cats Roundtable,” that “everybody involved” was “losing” as a result of the war. He pointed to Russia, which he said was heading toward a recession because the United States was “strangling their economy.”

“The Russians are losing because we are strangling their economy. The rest of the world is decoupling from various Russian exports and imports. Their financial system is decoupled from SWIFT. Central bank reserves are frozen. And it’s going to throw the Russian economy into a recession very quickly, and a very substantial proportion — not to mention the fact that Russian forces in Ukraine have now lost probably more than the U.S. lost in 20 years of war in Iraq, so it’s probably about 5,000 killed and then several times that wounded. The big question is whether can even replace their losses expeditiously.”

“[O]n the battlefield, the Ukrainian forces continue to stymie the Russian forces,” he added. “They demonstrate vastly greater fighting spirit and fighting capabilities despite the disparity in large weapons systems, air forces and other equipment issues. But they are basically holding the Russians at bay around Kyiv. That’s the main objective of the Russians is to capture the capital city, replace the President Zelensky government, which is so inspirational. He himself has been described as truly Churchillian, I think which is not hyperbole, to replace it with a pro-Russian government. But it’s starting to look, John, I don’t even know if [the Russians] are going to be able to encircle Kyiv at this point in time. The Ukrainians continue to make the Russians pay a very heavy price for their military ineptitude.”