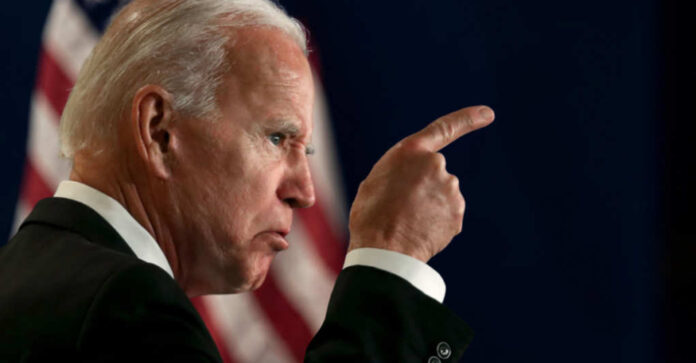 We’ve seen Americans’ needs placed on the back burner since the moment that Biden took office. Illegal immigrants are allowed to commit unthinkable crimes. The government hands over money to those immigrants instead of helping out the homeless here in our own country. And parents are told to shut up so that liberal plans can be shoved down the throats of unsuspecting youth.

Whatever happened to defending America? Why are Americans being treated the worst of everyone in our own country? It’s as if Biden and the rest of the far-left progressives have forgotten that they are fully funded by taxpayer dollars.

Tulsi Gabbard, a former Representative for Hawaii, is a Democrat who has become increasingly outspoken against Biden over the past year – and her sound clips have been absolutely epic. When she appeared on “Jesse Watters Primetime,” she talked about how the Biden administration has handled the Russian invasion of Ukraine.

She believes that the way that everything was handled did more to hurt Americans than actually hurt Russia.

She couldn’t be more accurate – and we love that it’s being recognized by a member of the Democratic Party. It’s further proof that the party is ripping apart. There are moderates like Gabbard, Sinema, and Manchin who know that the country is headed down the wrong path. And, then, there are the progressives like AOC, Ilhan Omar, and Ayanna Pressley who would have no problem with torching America completely just to sit back and watch it burn.

Back to what Gabbard is saying, though, there most certainly is an “F-you” attitude toward Americans. It’s as if the very people who are supposed to be looking out for us have turned their backs in order to favor literally anyone else in the world.

The Biden administration needs to completely condemn Putin. Instead, they just don’t care.

The same attitude is being seen within our own country, too. We see it with the way that kids are being taught in school, how the COVID pandemic was dealt with, and more. Our leaders have stopped caring about us.

Gabbard explained to Watters that there’s proof that those in the White House don’t care about us, too. “If they did, then before making these decisions, before taking these actions, they would stop and think for more than just a moment about what the ramifications and consequences of those decisions will be.”

We can see countless examples of how decisions are made without wondering who they will impact, what the costs will be, or even what the desired outcome is going to be.

13 servicemembers died in Afghanistan because Biden didn’t bother to think about anything. He might as well have said “F-you” to them.

Kamala Harris chose to ignore the southern border crisis even though she was tasked with dealing with the problem. She essentially said “F-you” to all of America as the illegal immigrants pour across the country, committing crimes along the way.

Nancy Pelosi should have said “F-you” to Americans who were in lockdown when she broke quarantine rules to get her hair done.

Those who are in power throughout the Democratic Party don’t care. They may say that they do, but their words are empty. Actions speak louder – and it’s a giant “F-you” to all of America.

The question is, what are we going to do about it? We cannot allow them to stay in power because it’s only going to lead to the destruction of America.