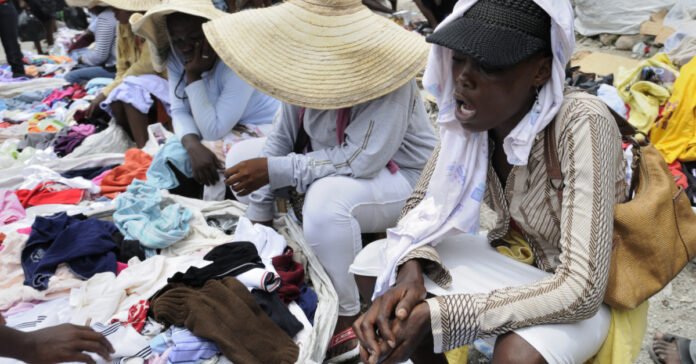 There is no doubt that the Democrats want to set up a socialist government in America. The progressive has made it clear that they want the rich to pay for education, healthcare, and other social programs for people who are unwilling to get up and work for those things themselves. It may seem significant on paper that education would be free, but when the rubber meets the road, the nasty liberals will be the ones that get to choose which people get the perks and those that get nothing at all.

Law enforcement has once again found evidence that a relatively large human smuggling ring has been trying to help Haitian people make their way to the mainland. These smugglers load up as many people on makeshift boats and send them sailing out into the ocean. Once that boat leaves shore, those people are on their own. There is no care or concern if these people make it to America or not.

One of those Haitian boats was found to have made it to the Florida Keys, where it hit the ground and wrecked. 356 Haitians were found standing on the craft waiting to be rescued. Some of those aboard the craft thought they could swim to shore but found out the currents around the Keys are strong. Many of them would have to be rescued from the water. And those left on the boat were detained by Customs and Border Protection agents.

The issue that is sending Haitians to America is that they do not want to live under the oppressive rule of their socialist ruler any longer. At one point, the people were promised free education, healthcare, and so much more, but none of those promises were sustainable, and all the people got was poverty and disease.

Socialism does not work, and the fact that so many people want to flee from the island should be enough to send a clear message of disapproval for the idea behind the storybook. The Haitian people would rather face death on the open seas than life under the abusive ruler of their wicked government.

Americans who blindly want to accept socialism have no clue what they are demanding upon themselves. It would not take long for any socialist supporters to regret ever supporting that type of government. But for right now, the Democrats have people blindly accepting the concept of free stuff as a means to living the good life at the expense of the wealthy.

The boat that was found is not the first of its kind. Dozens of makeshift craft are found every year, and the outcome is not always pleasant. One craft was found at sea and had nearly capsized. Later, 38 people fell into the water and were never seen again. They turned up missing and were later pronounced dead. That particular craft was said to have only one survivor.

Newsmax reported that “Boat crossings of Haitian migrants have grown more frequent as the Caribbean island nation faces worsening economic and political crises, as well as gang-related kidnappings. The Coast Guard said it has rescued 1,152 Haitians since October, in addition to 3,900 picked up at sea over the five previous years.”

Thousands of Haitian migrants want out of Haiti so bad that they are willing to risk their lives trying to get out. President Biden had a chance to make a difference when the people of Haiti revolted. But he supported the abusive dictator and would not confront the man regarding how he treats his people.

Biden’s message to the Haitian people is that he could care less about their troubles. Any act of kindness towards them would have been a political stunt designed to attract voters to his corner. At one point, the old president deported Haitian people at the Mexico border while at the same time allowing thousands of other illegal people into the country. Biden is a man that loves to make life miserable for people that hate his idea of a socialist form of rule.