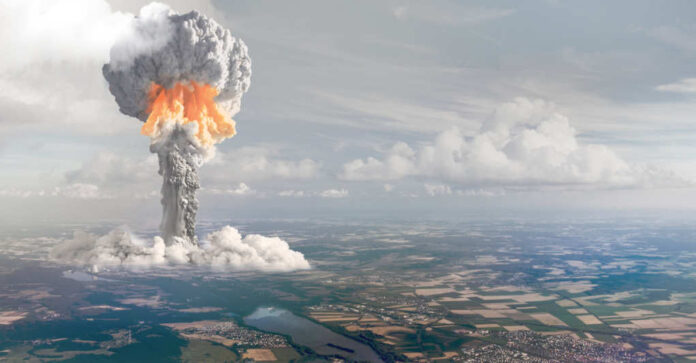 Tatiana Perebeinis is a mother of two that was brutally slaughtered by Russian bombs in the city of Irpin. The Russian military opened fire like they were on a practice range. They couldn’t have cared less about where their bombs landed and who they killed. This is obvious because they killed two school-aged kids and their mother with personalized bombs as they tried to flee the city before the bombing commenced.

The sight of dead children should send chills up any person’s spine that has an ethics code they live by. Vladimir Putin and his Democratic supporters would love to turn a blind eye to the horrors of death created for innocent people.

Andriy Dubchak is a journalist and the founder of the Donbas Frontliner. He stated about the murder that “Russians purposely hit by mortars on the bridge over which people try to leave Irpin. An hour of the top in front of my eyes the family died. The girl, the boy, the mom. The man suffered very serious injuries.”

The Russian military was told to open fire on the city, and they did so without delay. They could not wait for the city to clear out of people trying to flee the war. They were more interested in killing people as they tried to leave.

Dubchak pointed out that the soldiers are sitting there looking for anyone they can zero in on and murder in cold blood. He wrote that “It’s not an army, they are killers. In video and photo – Russian troops are deliberately targeting the civilian population trying to get out of Irpin. That’s a fact! A real documented fact! As everything can be seen just from the houses of Irpin. A woman, a boy, a teenage girl died in front of my eyes, a man was seriously injured. Probably it was a whole family…”

These are the stories that Putin hopes cannot be told. The Russian dictator attacked power plants and other communication devices to keep people from being able to report on the horrors of what was happening. But Elon Mush set up the perfect system for people to access the web and show Putin and his people’s crimes.

The family that perished on their way out of the town was trying to meet up and reunite after the war started. But as the Russians targeted, each person trying to leave this one family would never be able to see loved ones again.

Democrats have a thirst for power and an insane desire to control the lives of every person that they would have power over. The Russian military is a picture of what the Democrats are like in the United States. The raunchy liberals look for ways to make life miserable for people just enough, so they are willing to give freedoms and authority to the ruling body.

There was no need for civilians to die. All the Russian commanders had to do was select their targets wisely. But when the aggressor hates the victim and wishes them all dead, there is not much to keep them from committing acts of murder. The soldiers took deliberate aim at people leaving the area and sniped them off with one personalized bomb at a time.

Volodymyr Zelenskyy is the Ukrainian president out fighting with his people. He stated, “We will punish everyone who committed atrocities in this war. On our land. We will find every b*****d. Which shot at our cities, our people. Which bombed our land. Which launched rockets. Which gave the order and pressed start. There will be no quiet place on this Earth for you. Except for the grave.”

One would expect the selfish Democrat sitting in the White House to have taken a more active role in trying to stop the war. But all Joe Biden can do is sit back and watch his television and thank his lucky stars it is not his country being attacked. He will not act for his people, so there is no reason to expect that he will speak for some strangers thousands of miles from his home.