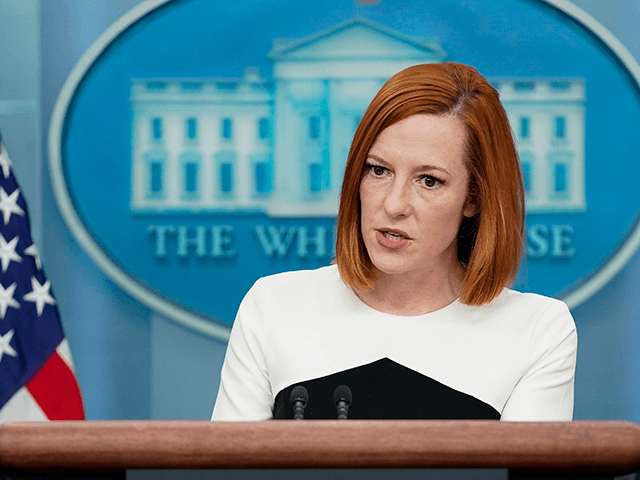 Psaki temporarily ruled out importing Venezuelan oil shortly after polling released in the past week showed a dramatic collapse in support to the Democrats from Hispanic Americans that began during the 2020 election, fueled by concerns that socialists friendly with, among others, the Venezuelan regime had become too powerful within the Party.

Biden sent a delegation to Caracas to visit socialist dictator Nicolas Maduro — who America does not formally recognize as the president of Venezuela, as the National Assembly constitutionally stripped him of that power in 2019 — on March 5. While multiple establishment media reports claimed the American team was there to discuss a potential oil deal with Maduro, the dictator, while confirming the visit, did not mention any such conversation. He instead claimed that he engaged in a “respectful, cordial, diplomatic meeting” on an unspecified “positive agenda.”

America sanctioned Venezuela’s national oil company, Petroleos de Venezuela (PDVSA), and blocked imports of Venezuelan oil under President Donald Trump in response to Maduro’s extensive human rights violations against his own people in 2019. Reports claiming that Biden was considering lifting those sanctions claimed the driving consideration was his now-announced ban on importing oil from Russia in response to the latter’s ongoing war in Ukraine.

Maduro’s Venezuela owes Russia billions of dollars, making it highly likely that any oil profits going to Venezuela would end up in Russian hands. The regime’s oil minister, Tareck El Aissami, presents other alarming complications, including longstanding accusations of fundraising for Hezbollah and being wanted in the United States on charges of drug trafficking.

Asked on Monday if she was “ruling out” importing oil from Venezuela in prior remarks, Psaki told reporters that importing oil was “not an active conversation at this time.” Psaki replied that she had already answered questions about Venezuelan oil when asked about a report by the news agency Reuters that oil giant Chevron was preparing to reenter the Venezuelan market if Biden eased sanctions on the Maduro regime.

Psaki also offered no clarity regarding reports that Colombian President Ivan Duque, who expressed lukewarm concern about a potential Biden-Maduro deal, had offered Colombian oil as an alternative during his visit to the White House last week.

“We are continuing to talk to a range of producers on the importance of maintaining global supply. This is not, as you know, about just the supply in the U.S. but about ensuring there is supply for the global market,” Psaki responded. “And we do appreciate our partnership with Colombia. And President Biden did discuss a range of issues like economic recovery, energy security during their conversation. But beyond that, I don’t have an update on what that might look like.”

Duque was far from the only public voice expressing discomfort with the idea of enriching the Maduro regime.

“There [are] places like Mexico, the United Arab Emirates, Canada, as well as domestic production that has already been licensed, that should be able to [offset] the consequences of the loss of Russian oil,” Sen. Robert Menendez (D-NJ) said last week in response to a potential Venezuelan oil purchase. “You don’t have to go to a dictator that, ultimately, has created enormous consequences for his people, that kills people, that imprisons them, and for which President Biden extended the decree that declared Maduro and his regime a national security threat.”

“We can’t exchange one tyrant and dictator for another tyrant and dictator. … We can’t be supporting these tyrants and dictators that are killing women and children and destroying and bombing cities. We can’t support it anywhere,” Rep. Jason Crow (D-CO) said in an ABC interview last week, asked about brokering an oil deal with Maduro.

Open Democrat opposition to the plan follows several years of a significant shift to the right in America’s Hispanic population, fueled in part by a growing Venezuelan-American vote and concerns from others in the Hispanic community that the socialist ideas that doomed Venezuela are increasingly defining Democrat values. Florida Gov. Ron DeSantis, whose state is home to one of the largest Venezuelan-American populations in the country, noted this in condemning reports of Biden seeking to negotiate with Maduro.

“We have a number of Venezuelan Americans, who, like many Americans and, I know, a lot of Floridians, are very angered by the Biden administration’s recent attempt to legitimize the brutal Maduro regime in Venezuela,” DeSantis said this weekend.

“This is something that has unfortunately become part of a pattern with the Biden administration,” the governor continued. “I think if you look at people throughout south Florida that have connections in different countries in the Western Hemisphere, what we see from the Biden administration is basically thumbing their nose at millions of people here in our state.”

A Democrat polling firm found in a study published in December that 40 percent of Hispanic voters “are concerned about Democrats embracing socialism,” according to NBC News.

“Although the socialism concern is more prominent in Florida, it is not confined there,” NBC observed, citing the results of the Equis research study.

That month, another poll conducted by RMG research found a 42-percent swing from Democrats to Republicans among Hispanic voters since 2018, citing midterm exit polls from that year. The study found that, in December, 48 percent of Hispanic voters supported a generic Republican over a generic Democrat; 46 percent said they supported the Democrat.

A poll published last week found the gap widening in Republicans’ favor. The Wall Street Journal poll found, according to the newspaper, that “by 9 percentage points, Hispanic voters in the new poll said they would back a Republican candidate for Congress over a Democrat.”