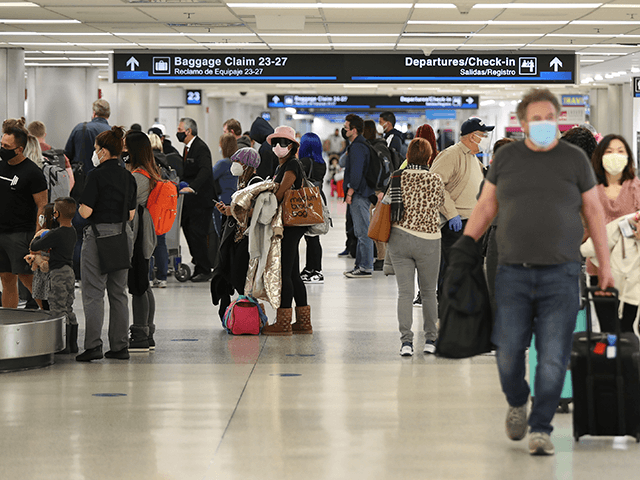 The Senate passed S.J. Res. 37, a resolution that would ban Biden’s mask mandates on planes, trains, and other modes of public transportation. It was passed with 57 votes and 40 against.

Paul said in a statement the Senate vote sends a strong message to “anti-science” bureaucrats:

Today, the Senate said enough is enough, and sent a message to unelected government bureaucrats to stop the anti-science, nanny state requirement of travel mask mandates. Since March 2020, unelected bureaucrats have incessantly declared that we should “follow the science.” But the same bureaucrats continue to defy science by imposing an ineffective and restrictive mask mandate for individuals travelling on public transit and airplanes. As the entire world is learning to live with COVID, the federal government still uses fear mongering to stubbornly perpetuate its mandates, rather than giving clear-eyed, rational advice on how to best protect yourself from illness. That is why, I forced this vote, and I applaud the Senate for rejecting this nonsense.

This vote follows after the Biden administration said it would keep the mask mandates on public transportation despite revised guidance from the Centers for Disease Control (CDC) loosening requirements.

“So, just in terms of travel, we have to look not only at the science with regard to transmission in masks but also the epidemiology,” CDC director Rochelle Walensky said recently to reporters.

On the same day the Senate voted to repeal the travel mask mandates, Sen. Mitt Romney (R-UT) joined his Democrat colleagues in the Senate health committee to vote to keep the federal mask mandate in place for children as young as two years old.

Paul delivered floor remarks about the need to repeal the travel mask mandates ahead of the vote: