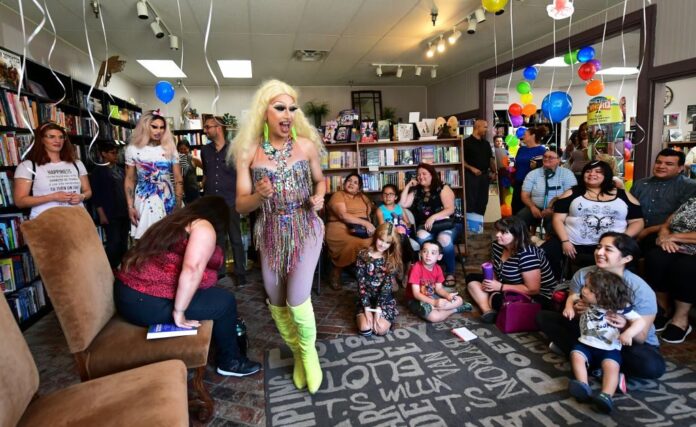 On its face, the poll was a joke. The idea that nearly two-thirds of Americans are comfortable with the idea of teachers grooming engaging with prepubescent children about sex, much less the confusing subcultures of homosexuality, bisexuality, and switching genders, is absurd.

The poll was an obvious hoax, a rigged poll meant to gaslight those opposed to such madness into believing they are outnumbered. The stupid media have been playing this corrupt game with polling for decades. By and large, the public has caught on, but still…

And I’m not just saying that. Over at Hot Air, Ed Morrissey dug into the internals and smoked out ABC’s rat:

In the first place, just how did this panel manage to oversample LGBTQ respondents? That is not a demographic that typically gets oversampled in polls. Are we to believe that it’s a coincidence that ABC/Ipsos just so happened to oversample this community on a polling question that directly relates to them?

Especially given the smaller sample size for a national poll (622 adults, not registered voters), it would appear that the pollster focused on specific localities where one would normally find a greater-than-usual percentage of LGBTQ respondents. If the calls were made mostly in urban areas, and perhaps especially in urban areas known for a more robust LGBTQ culture, then it would not only explain the oversample but also the results from non-LGBTQ-identifying adult respondents.

The Daily Wire just published an exclusive poll that shows 64 percent “support the Florida bill’s ban on classroom instructions on sexual orientation and gender identity in grades K-3, or at any level if it is not presented in a manner that is age or developmentally appropriate.”

Here’s my favorite part: only 21 percent oppose the ban.

Specifically, in the state of Florida — and again, this is no surprise — 62 percent of Democrats back the ban, as did 63 percent of black respondents and 66 percent of Hispanics.

“Do you believe it is appropriate or inappropriate for teachers and school personnel to instruct children in kindergarten through 3rd grade on various sexual orientations?” the poll asked. Almost two-thirds (65 percent) said no, including 69 percent of PARENTS.

“Do you believe it is appropriate or inappropriate for teachers and school personnel to instruct children in kindergarten through 3rd grade on gender identities, such as transgenderism?” A full two-thirds (66 percent) said no, including 69 percent of PARENTS.

“Over half of the survey’s respondents (52%) also indicated they believe parents should be able to pursue civil actions against school districts if their children are taught about these topics in ways they believe are inappropriate,” the poll found. Hell, yes. Bury these sickos.

In a way, this is a win for America’s perverts. This garbage should not be taught at any level outside of college. Until kids are adults, parents and only parents should be in charge of such things. This is especially true for government-run schools that can’t even teach kids to read.

Anyway, this illustrates the importance of alternative media. Debunk the fake news media’s reporting and do our own reporting.

Look at how quickly the culture changed. The extreme left is no longer hiding their sick desire to sexualize young children.

Hey, remember when we were told, Gays just want to get married! What’s wrong with that?

Remember when those of us who warned of a slippery slope were pilloried as alarmists?

Well, here we are in a world filled with Drag Queen Story Hours, mentally ill men sharing a locker room with your daughters, and fighting to stop depraved teachers from grooming sexualizing little kids.