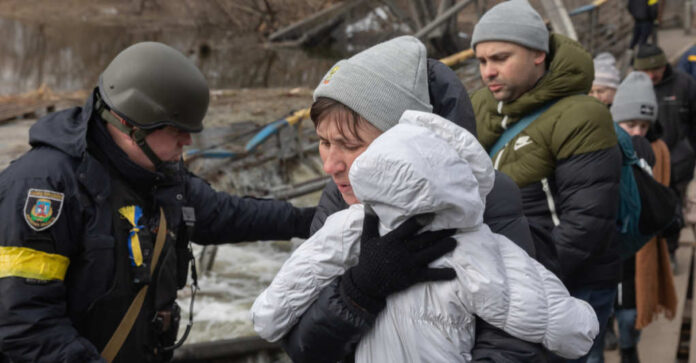 Sergey Lavrov, the Russian Foreign Minister, spoke publicly this week in Turkey. He was reporting on peace talks that he had with his counterpart in Ukraine, Foreign Minister Dmytro Kuleba. The way that he dismissed Russia’s aggression is indicative of why these peace talks were doomed for failure.

Lavrov shocked the world by claiming that Russia did not attack Ukraine. The Russian foreign minister just repeated the statement that Russian never invaded its neighbor. He said that Russia was not planning to attack other countries and that they didn’t attack Ukraine “in the first place.” Lavrov called the invasion that was started two weeks ago a “special military operation.” He maintained that they needed to advance because there was “a direct threat to the safety and security of the Russian Federation.”

The truth is that Russia had amassed over 150,000 troops on the border with Ukraine before the invasion. There were claiming it was just a military exercise, but it was preparing for war. After launching the first attack on February 24th, they have repeatedly continued the attack on the people of Ukraine since then, while somehow maintaining that they are not the aggressor in the conflict.

Lavrov also dismissed the global outrage over Russia’s attack on the Mariupol maternity hospital bombing. He said that it was a “pathetic outcry.”

He called the news report on the bombing of the maternity hospital in Mariupol lies and propaganda. In another report, Lavrov dismissed concerns about Russian attacks on civilians as “pathetic shrieks” from the enemies of his nation.

“It is not the first time we have seen pathetic outcries concerning the so-called atrocities perpetrated by the Russian military,” Lavrov said. He claimed that the hospital was no longer treating patients but was being used as a base for right-wing extremists. He made these statements even though there were many pictures of civilians who were wounded. The city council of Mariupol indicated that a child was one of the three people killed in the attack. But Lavrov still claimed that all the patients and staff had been moved from the location before the attack happened.

This story was echoed by Russia’s Defense Ministry spokesman Maj. Gen. Igor Konashenkov. He denied that the Russian military even struck the hospital and claimed that the explosions that hit the building were planted devices. Konashenkov said that it was a staged provocation aimed at inciting anti-Russian sentiment in the West.

Lavrov also said that the West, along with the European Union, were behaving dangerously. He said that they have “violated their principles and values” by delivering weapons to Ukraine.

Foreign Minister Dmytro Kuleba indicated that their so-called “peace talk” did not bring about any progress. These talks were the highest level Russian-Ukrainian talks since the war began two weeks ago. He said that Russia is still seeking a complete surrender from Ukraine and they are not going to get that.

They were also not able to get an agreement on evacuation corridors or a ceasefire. Kuleba raised the idea of establishing an evacuation plan that would allow his people to flee from the city of Mariupol, He said “unfortunately Minister Lavrov was not in a position to commit himself to it.”

The ceasefire was raised so that Ukraine could resolve the very significant humanitarian issues from the attack, but again, Lavrov was not willing to make any progress toward that end. Kuleba indicated that there were “other decision makers” on issues like the cease-fire.

Kuleba did say that he was willing to meet again for dialogue if there were “prospects for substantial discussion and seeking solutions.”