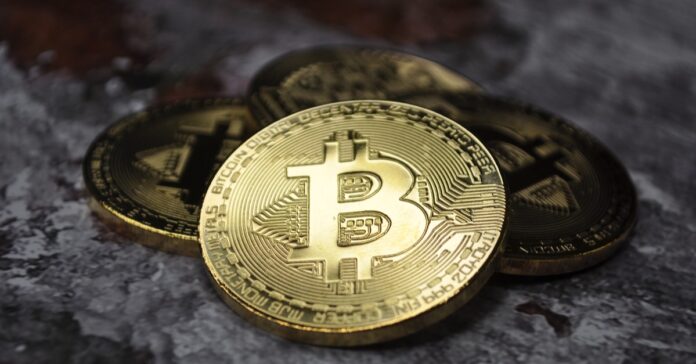 If you look around, it doesn’t take long to realize that digital currency, aka cryptocurrency, is pretty much everywhere. Hell, even my grandparents have begun to invest in it.

And its growing popularity has given Biden and his goons reason to look into creating a digital currency of their own for the Federal Reserve.

Per a recent executive order from Biden signed on Wednesday, our dementia-ridden and the democratic president has instructed the Federal Reserve to begin looking into the possibility and seeing what it would take to create a centralized US digital currency.

According to the White House fact sheet given on the order, “The rise in digital assets creates an opportunity to reinforce American leadership in the global financial system and at the technological frontier, but also has substantial implications for consumer protection, financial stability, national security, and climate risk.”

It further explains that as the world is turning more to cryptocurrencies, the US will have to eventually get involved if it wants to stay not only relevant to the global financial market but also maintain its leadership roles, both in the financial sector and elsewhere.

And that is most certainly true. As the world of finances begins to change, phasing out the need for banks and centralized financial systems for that of a digital peer-to-peer counterpart, America will definitely need to understand those changes and be a part of it if she expects to survive and stay on top.

However, what Biden is suggesting isn’t just that America gets involved in crypto and uses it to push us further into the “financial frontier”; it’s that the government finds a way to control that market for its own advantages.

To understand this, you first need to understand a little about digital currency in general.

As you may know, the first of its kind, Bitcoin, was created in 2008 in response to the financial crash that year. That crash happened due to what we can pretty much call bad central banking policies that put the Federal Reserve and the federal government in charge of every banking transaction.

What digital currency does is turn that whole process on its head. Instead of going through one centralized bank, transactions are done peer to peer, thus making the bank itself or the government’s influence irrelevant.

And that, of course, is a major threat to not only the entire existence of central banking but also the federal government.

As Investopedia explained in November, “With its decentralized system and peer-to-peer technology, Bitcoin has the potential to dismantle a banking system in which a central authority is responsible for decisions that affect the economic fortunes of entire countries.”

Biden can’t have his administration losing that kind of power and possible wealth. And so, they are naturally exploring a way to get involved and make their would-be digital currency ‘centralized,’ ensuring that the feds still remain in control of America’s finances and over what is right now a free market.

However, if you haven’t figured it out yet, what they are trying to accomplish is a bit of an oxymoron, to say the least – and what those from the Western Journal would call a serious golden goose problem.

If you are unfamiliar with the tale of the golden goose, it basically tells the story of a man who owned a goose and makes plans to make a meal of her. But just before he can, the goose starts laying golden eggs. Therefore, the man decides to keep her around a while longer.

Eventually, though, the man decides to have his ‘cake’ and eat it too. So he kills the goose and opens her up, hoping to find a bevy of golden eggs. Of course, that’s not what he sees, and instead, he’s left with just a dead goose.

Biden, similarly, is trying to take what is by definition a decentralized goose and make her centralized. But in the process, he’s likely to rid himself of not only her golden eggs but also the entire system.

The entire reason crypto works so well and is so popular is that no one central bank controls it. And that’s precisely what Biden wants to change about it, which means this isn’t at all about simply taking the dollar digital, as, with everything else, it’s about more power.