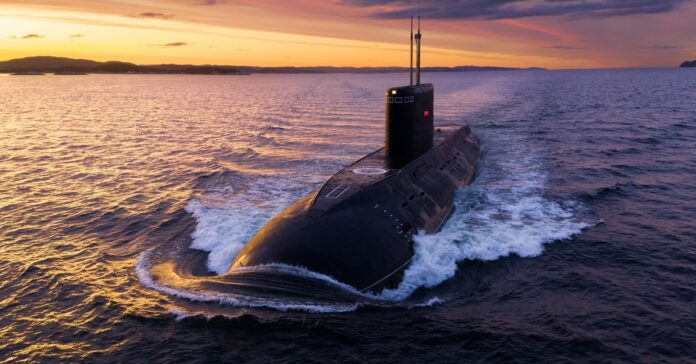 The Russian leaders love to make up stories that make them look invincible. They tell tales of their fake enemies so they can have peace of mind of engaging in actions that would otherwise be deemed illegal and treacherous. But Lt. General Keith Kellogg, retired, stated that the United States needs to stand up to Vladimir Putin’s threats to use nuclear weapons in the war.

Kellogg’s idea is that America should send all of its nuclear missile submarines out into operation and sit back and watch what Putin will do. The general believes that Putin is bluffing and by sending out all the submarines with nuclear ability will prove that Putin is full of hot air.

Newsbreak reported that “The US operates 14 ballistic missile submarines, each carrying 20 long-range missiles.

ON MONDAY, retired US Lt. Gen. Keith Kellogg suggested what he seemed to tout as a ‘creative’ solution to Russia’s invasion of Ukraine: Activate the entire US fleet of ballistic-missile submarines. To see whether Russian President Vladimir Putin is ‘bluffing’ about his nuclear threats.”

Kellogg revealed that less than half of those numbers are ever on patrol at any given time. His idea would be to put everything out in the water and see what happens. The action would call Putin’s bluff or show that he means he will attack with nuclear weapons.

The problem with Kellogg’s idea is that Joe Biden is too weak of a man to take such action. The president has already shown favoritism to the Russian leader by supporting the Russian pipeline across Europe. Biden has shown that he will not stand up to Putin because he lacks the stamina to follow through on war efforts.

Kellogg said, “Flush the whole fleet, put every boomer we’ve got at sea, and we can crew them and put them out there. And you say: ‘Look, we’re not going to back off from a nuclear concern that you’ve got,’ You know, go all in, bluff him — you know, he’s — let’s see if he’s bluffing or not.”

Putin has placed the blame for the war on western powers. He believes that Russia needed to go to war to survive as a nation. But his actions have brought consequences worldwide that are proving to be far worse than any sanctions could ever produce.

The subs that Kellogg was speaking about have 20 long-range missiles that would be able to target Russia from a long-distance away. He is making a pointed case that Biden needs to call the bluff, or other nations will try the same tactic to take what they want.

Biden and the Democrats like to play games without ever having a strategy in mind to win. The disastrous pull out of Afghanistan is perfect proof that Biden does not know how to think in a time of war. He cannot think in a time of peace, so there is no reason to believe that he can engage someone on an intellectual level and win.

The president so far has only played games with Putin. He has not even strutted a little muscle in the area to show that America is ready for an all-out war with the Putin regime. NATO has failed in its attempts to provide support to Ukraine. The people stand alone in the fight against tyranny.

Putin has already used weapons against civilians that should have never become targets. He is contemplating using chemical weapons to wipe out the resistance he is facing. There is nothing remotely stopping him from using nuclear weapons in the war because he knows there is not one nation going to do anything about it.

Kellogg’s idea would answer a lot of unknowns about the war and Putin’s thinking. But Biden is not the man for the job. The president is too weak of a leader to engage on a level involving weapons of mass destruction.